Back to National Team 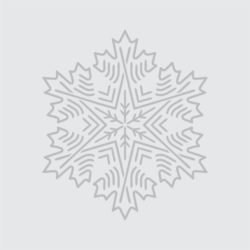 Joe Davies is competing in his first year on the National Ski Team. Growing up in the interior of British Columbia, Joe got his first elite racing tracks in the sport with Whistler Nordics. He made his from the BC Talent Squad to the provincial development team and then the BC Ski Team. After graduating high school, Joe made the decision to relocate to Canmore where he started to train full-time with Team Ullr. This resulted in his most successful season to day, and being named to the Junior National Team.

Joe was first introduced to cross-country skiing when he was seven years old after his parents registered him for a Jackrabbits program in Pemberton, B.C. Every Wednesday after school, he would participate with young boys and girls in the community who were all taking their first strides in the sport. Expressing a desire to develop in the sport, a local coach suggested Joe start to race, and to go and ski with the Whistler Team. That was his trigger to pursue a new-found Olympic dream in the sport, which continues to motivate him today.

When not training or competing on skinny skis, Joe can most likely be found doing something outdoors. He loves ski touring, mountain biking, rock climbing or capturing natures beauty through a camera lens. His enthusiasm for the outdoors is rooted in his family. Growing up, both of his parents were always doing some form of training – be it for marathons, road races, or simply to just stay and shape while living healthy lives. This sparked a passion in Joe to train and stay fit as well. Joe also has a competitive background in trampoline. Prior to skiing full time, he was a member of the Provincial Trampoline Club. He is currently taking online courses with plans to attend university in the coming year.