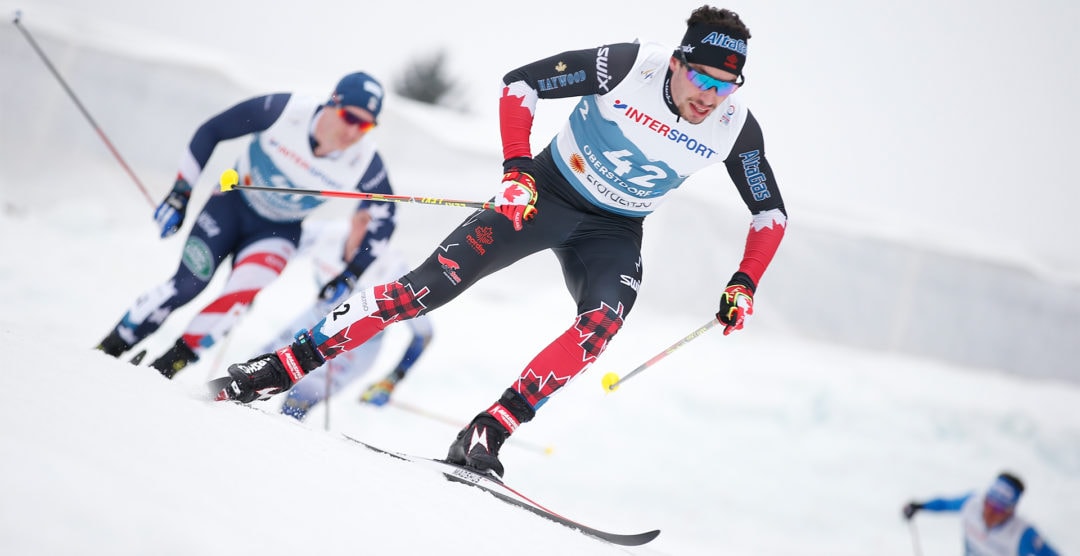 The World Championship rookie and the veteran were stacked on top of each other on the results sheet of the the grueling men’s 50-kilometre classic-ski mass start marathon. Cyr, of Gatineau, Que., fought for 27th place. Kennedy, a 2018 Olympian and the elder statesman of the young Canadian team from Canmore, Alta., battled to 28th.

“For sure I wanted more today, but I made a few tactical mistakes that cost me a lot of energy,” said Kennedy, who was in prime shape heading into the World Championships before suffering an ear infection.

“I’m stoked with how well I recovered and was able to perform. And it was fun to watch Antoine have a really good race and make some really good moves out there.”

Fresh off competing at the Under-23 World Championships, the 22-year-old Cyr was solid all week while lining up against the big boys at his first ever senior World Championships. Celebrating a seventh-place finish with Graham Ritchie in the Team Sprint race, Cyr showcased a promising future while hovering in and around the top-30 all week against the cream of the crop in the sport.

He was the top Canuck again on Sunday after completing eight punishing laps in a time of 2:15:31.2 to finish as the third-fastest athlete under the age of 23 in the field of 57. He was also 27th in the skiathlon earlier in the week.

“I haven’t done much racing at the World Cup level and I don’t have a lot of mass start experience. Mass starts are chaos here in Europe. It is nothing like we race at Canada and I learned so much,” said Cyr earlier in the week.

Kennedy joined Cyr in a pack with the top-20 until 30-kilometre mark when the leaders pushed the pace and strung out the pack.

With the top Nordic skiers on the planet collapsing at the finish line, the 30-year-old Kennedy finished the ultimate test in his sport with a time of 2:15:45.6 for 28th spot.

“The conditions were for sure challenging and it made it really hard to close gaps if they formed but our wax techs absolutely killed it with our skis and gave all three of us a really good chance today,” added Kennedy.

The third Canuck being 20-year-old Remi Drolet also skied a steady race, finishing in 31st spot. The Rossland, B.C. resident, and member of Canada’s historic silver-medal winning relay squad at last year’s Junior World Championships, punched the clock at 2:17:05.7. He was the fifth-fastest athlete under 23 years of age.

It was a fight to the finish to determine the medallists. When the dust finally settled after the punishing eight-lap journey up and down hills in the renowned German Nordic venue, it was Norway’s Emil Iversen edging out Russia’s Alexander Bolshunov for the world title. Iversen stopped the clock at 2:10:52.9, while Bolshunov was second at 2:10:53.6. Norway’s Simen Krueger was eight seconds off the leading mark in the bronze-medal position with a time of 2:11:01.1.

Philippe Boucher, of Levis, Que., did not finish the race.