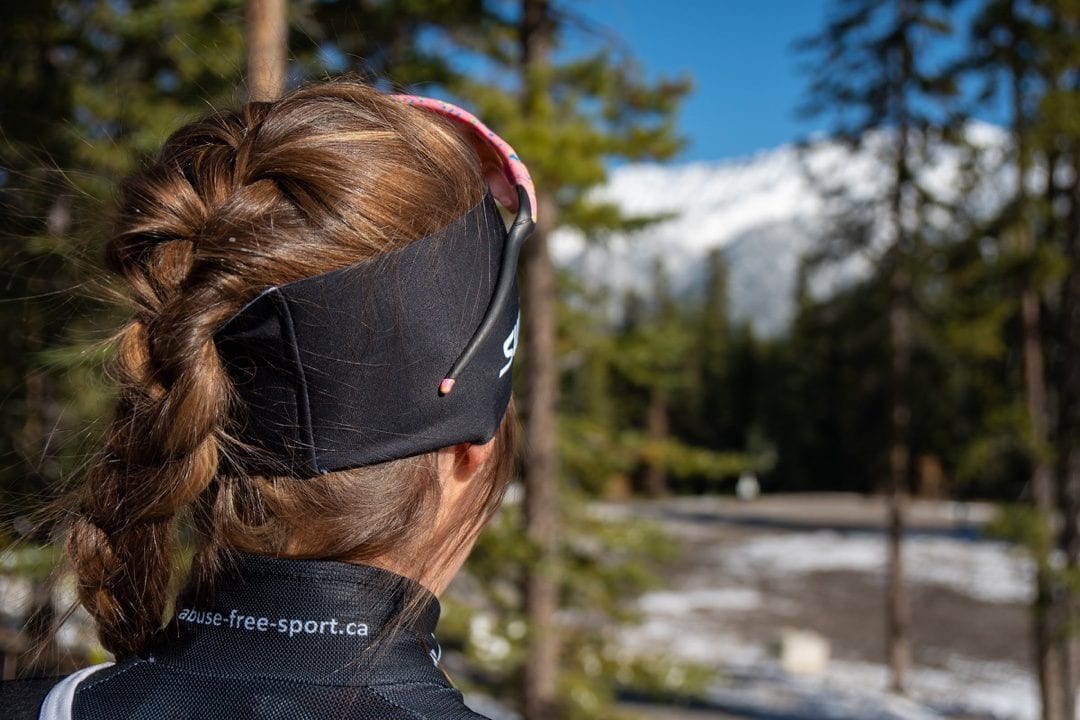 A winning culture is fundamental to a nation’s success in all high-performance sport.

The combination of ideas, beliefs, core values and codes of conduct help make up that culture and it’s a view that Nordiq Canada has not only embraced, but encouraged.

With its coaches and athletes on board, it is hoped the objective of striving to be the best according to the tenets set out by the organization will be achieved and ultimately rewarded. 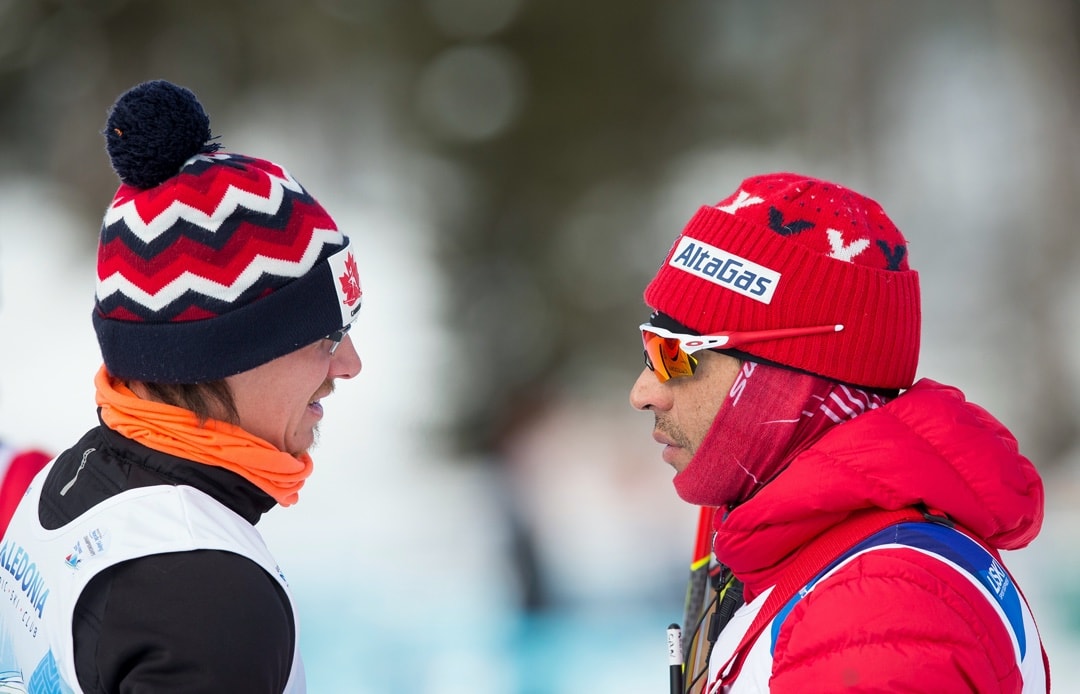 “But in the Para program overall, we have a group of athletes we wanted to try to support in the best way possible. The athletes can come out of that work environment with a feeling of ease; they have more confidence. I believe if the staff is working at that culture of excellence, the athletes will come in and sense it and attempt to achieve top performances.”

It is important for all of us as leaders of the program to work with the athletes to help them not only understand the parameters, but also to encourage them to find how they individually can fit into that panorama.

“The number one way to bring athletes on board and support a culture of excellence is understanding what their personal needs are in their own lives first, and then in the sport,” McKeever pointed out. “In the Para world, it’s quite possible to join (high-performance) sports later in life than able-bodied sports. They may not have had the development at a young age. That’s a big factor when dealing with high-performance.”

McKeever knows of what he speaks. After a number of years on the able-bodied National Team that saw him represent Canada at the 1988 Olympic Winter Games, he became a guide for his brother (Brian McKeever) in 2002. The duo racked up a trail full of medals at the next three Paralympic Games (2002, 2006, 2010). He turned to coaching in 2007.

“The interesting thing in 2002 is the major focus in the Para community was being part of an event,” he explained. “The attitude around the event was they were just for fun. It didn’t sit very well with me. For me, winning medals was mandatory.”

Then came a seismic alteration in ideology.

“The biggest thing we have to shift is to ensure everyone involved in our system is doing it because of a love for the sport,” he said. “In a world where funding is often driven by results, we need to ensure athletes feel supported, especially when they don’t achieve the results they are striving for. There are a lot of options they can choose from. We have to tap into their love of the sport in order to have them committed to compete at the highest level.

“The biggest part is if you love sport, we have to understand the values of commitment and results. That’s a lot of pressure on the athletes. We have to make sure we have a very professional staff in place to support that. The staff has to lead by example.”

A culture rooted in excellence is not medals at all costs. Buying into the culture starts well before an athlete clicks into a pair of skinny skis and heads to the start line.

Sarah Daitch, a former National Team athlete who competed at the World Juniors and World Championships between 2008-11, is on the Nordiq Canada Board. One of the initiatives she has been working on involves safe sport and the stringent implementation of those practices.

“We’re all on the same page in making this a priority,” noted Daitch. “Another Board member and myself have been supporting the management team in the implementation of some of the initiatives we’re trying to do.”

In addition to partnering with Sport Law and Strategy Group to create a safe sport and gender equity strategy that will be implemented at all levels across the country, Nordiq Canada recently updated the harassment policy to be in line nationally with other sport federations.

“The new guidelines and mechanisms for making complaints that are in place have been communicated to all athletes, so that’s one piece of athlete engagement,” said Daitch. “Another piece that will have a positive impact is there’s now a requirement by Nordiq Canada that all trips where athletes are representing Canada have to have a male and female staff member in place.

“This is significant because, in contrast to when I was an athlete representing Canada, there was never a female on the staff for the trips. There is now more safety in place than there was even a couple of years ago, so we feel we’re making some progress.”

A sign of Nordiq Canada’s paramount commitment to athlete safety is right on the National Team race suit.

“The Canadian Sport Helpline number is on the collar of their race suit. We wanted the message to be ‘we have your back’,” added Daitch.

The athletes are living and breathing examples of this new culture around Nordiq Canada and they’ve taken it upon themselves to shout it out. They’ve captured team values on pocket cards that they carry around with them. 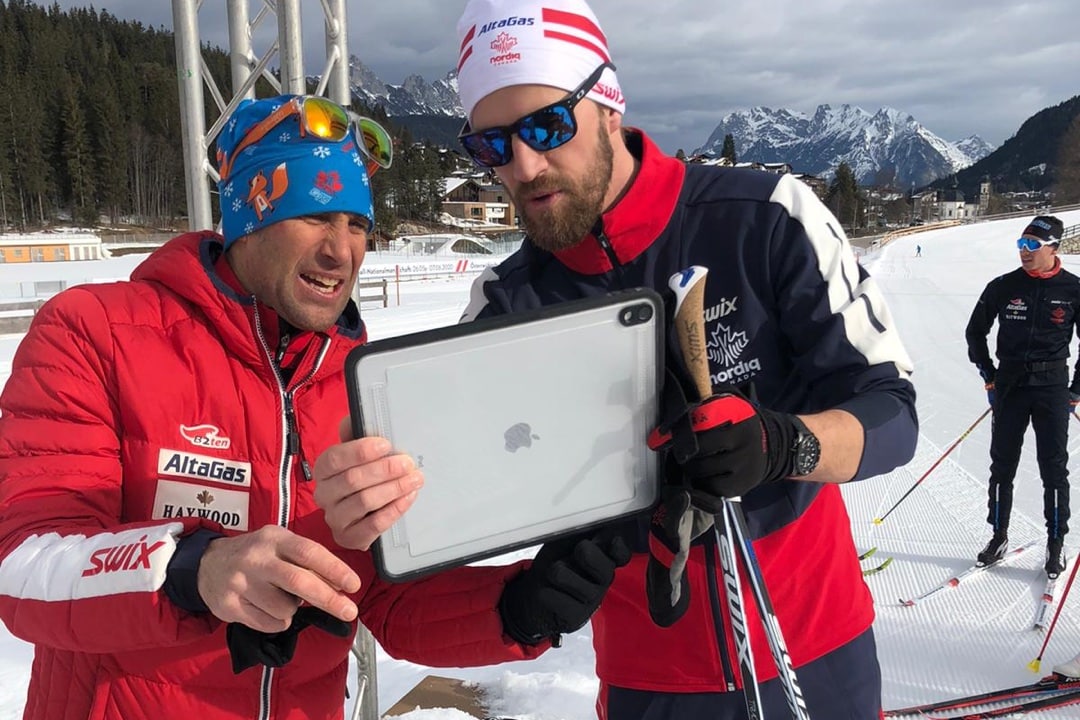 Pocket cards were then printed up with those same words highlighted on them.

“At the beginning of every camp and every race trip, everyone gets issued this card,” Smith explained. “So that was us building a blueprint to reference as a team so that we were all on the same page. I think it was a good first step in the direction of creating a team culture where success and positivity is the basis of it.

“In an individual sport, it’s unifying to know the person beside you knows that we are moving maybe toward different things, but in the same way, even though you may have different goals you know that you both understand what the goal of the team is on any given day. I think that’s very comforting. It’s important to know that you’re in the foxhole together.”

It is hoped these exercises promoting team, culture and values will pay dividends in the end, in terms of not just winning but of being a unified player on the world cross-country ski scene.

“For me, as an alumna, it’s unprecedented,” said Daitch. “Not in the last 20 years has anything like that been done, if ever, so I think that’s a pretty neat initiative.”