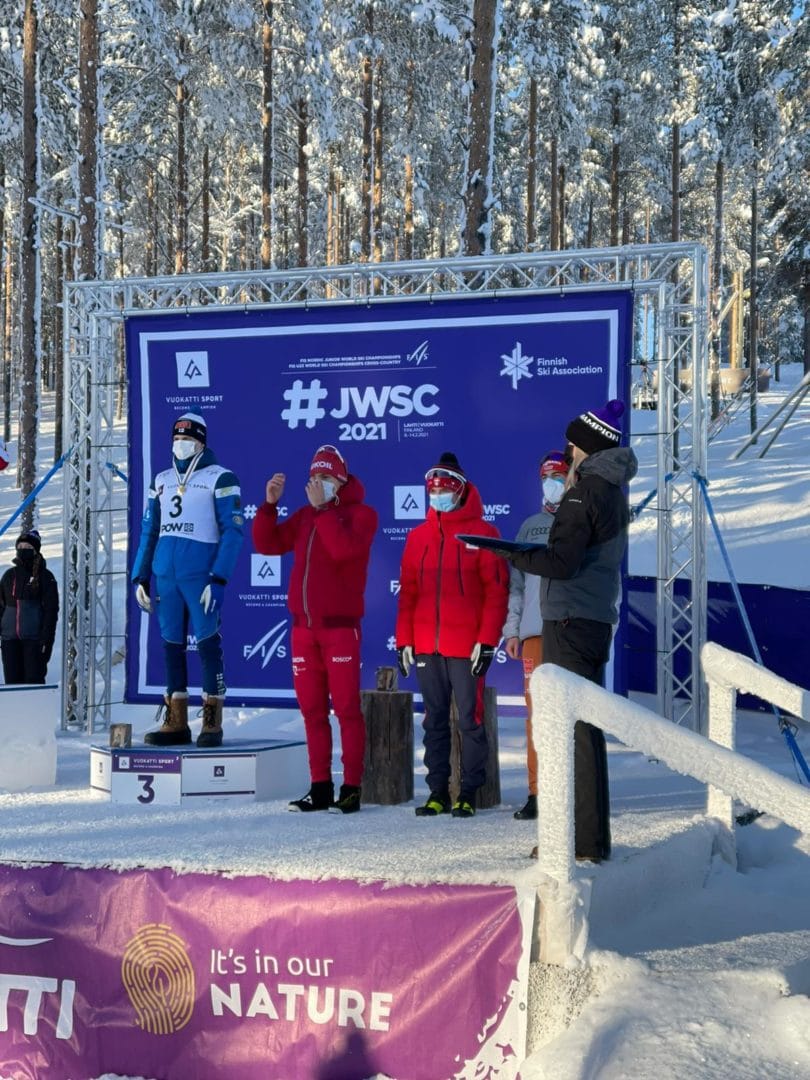 VUOKATTI, Fin.— Calgary’s Tom Stephen proved he is one of Canada’s most promising cross-country skiers in all races categories after wrapping up the 2021 Nordic World Junior Ski Championships with a fifth-place finish in the men’s 30-kilometre mass start classic-ski race in Vuokatti, Finland.

“I am super thrilled,” said Stephen. “I left everything out there today. That last hill I wasn’t even sure if I’d make it because I just left it all out there.”

The calm and determined 18-year-old was edged out of fourth place, and only 35 seconds off the podium pace. Stephen matched strides with the future top names in the sport while completing his eight loops around the challenging Finnish Nordic course. When all was said and done, Stephen – who has one more year of junior eligibility left – stopped the clock at 1:22:02.1.

Stephen was in the fight for the podium at the sound of the gun. Taking his turn at the lead for just over a lap, Stephen stayed with the top-six right until the end.

“I started far back but my goal was to get to the front and stick there as long as I could and just see what happens,” said Stephen. “I knew Canada can do well in these events and I just wanted to stay up there. I stuck with the leaders and people just kept falling off the peloton.”

The junior men’s podium consisted of Russia’s Alelxander Ivshin in first place with a time of 1:21:22.2. Germany’s Jan-Friedrich Doerks was 2.6 seconds back in the silver-medal spot at 1:21:24.8, while Alexander Stahlberg, of Finland, grabbed the final medal of the week for the rising stars in cross-country skiing, winning the bronze at 1:21:27.8.

It was quite a week for Stephen and the young Canadian team. Following a historic silver-medal triumph in the relay competition at last year’s World Champs, the group had significant pressure on their shoulders to have another medal-winning performance.

They did exactly that.

In addition to Sunday’s impressive fifth-place ski, Stephen – a first year University of Calgary engineering student – finished 12th in the sprint and his solid 10th place effort in the 10-kilometre skate-ski race was overshadowed by teammate, Olivier Léveillé’s, bronze-medal victory in the in the same race.

“Heading to the start line today I heard the announcer say it could be anyone’s race and said ‘Norway, Sweden, Russia and then Canada,” said Stephen. “Hearing that, and watching Olivier podium the other day, was a reminder to me that Canada is a good cross-country ski nation and we can compete with the big boys. People know who we are now, and we are going to make sure they know our names for a long time to come.”

“To come into these World Championships and finish 12th I was stoked, then to get a 10th before finishing with this result is crazy,” said Stephen, who was also part of the Canadian team who finished in sixth place in the relay.

Meanwhile, Jasmine Drolet put up her best finish at the World Championship, placing 18th in the women’s 15-kilometre classic-ski mass start race. The 18-year-old from Rossland, B.C., stopped the clock at 47:43.6.