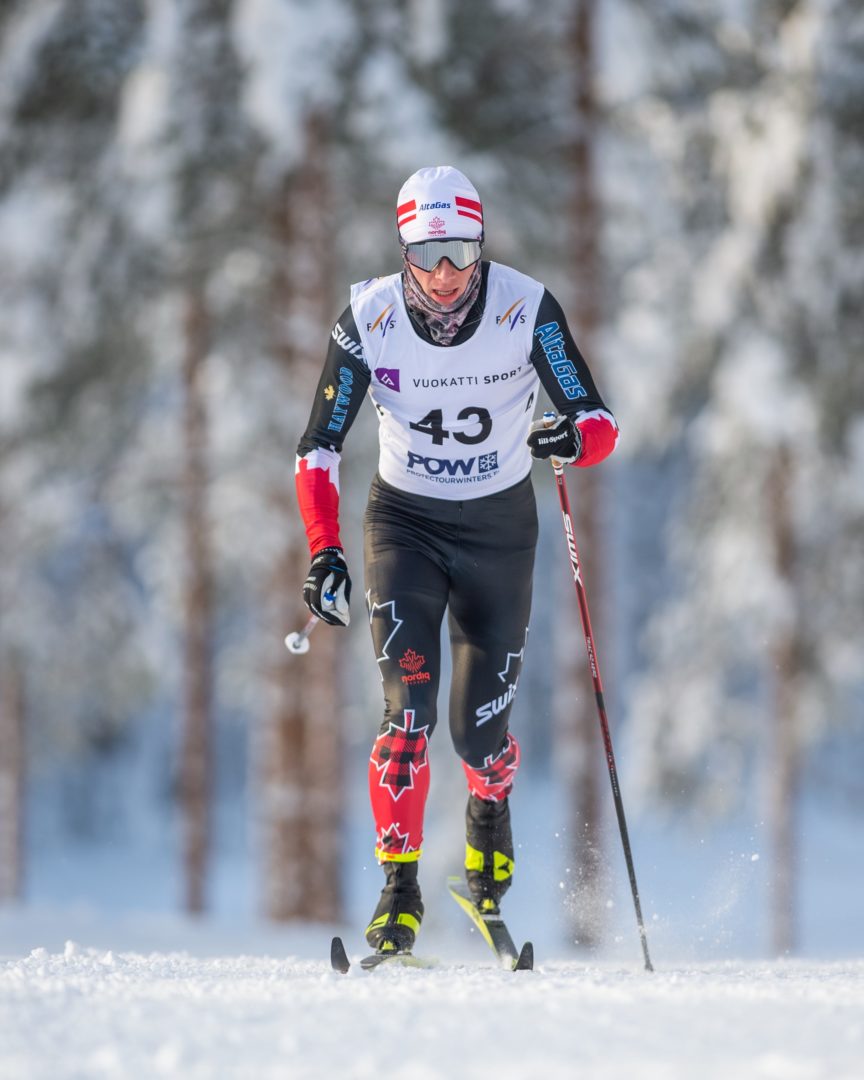 LAHTI, Fin.— Calgary’s Tom Stephen set the tone for the baby Canucks with a solid 12th-place sprint finish on the opening day of the Nordic World Junior Championships in Lahti, Finland on Tuesday.

“It was quite a surprise to start the week of racing with this result. I am very stoked,” said Stephen, who squeaked into the head-to-head heats with the fastest 30 athletes after qualifying in 29th place in the 1.4-kilomtre classic-ski sprint.

Competing in his third World Junior Championships, the first-year engineering student at the University of Calgary who is recognized more as a distance skier, battled through the brutally cold conditions while matching strides with the top rising stars in Nordic skiing.

“I’m not normally a sprinter, but this course is extremely challenging, and I think the reason for my position was because of how hard the hills were so it favours an endurance skier,” said Stephen.

With the top-two athletes advancing to the next round in the heats, Stephen punched his ticket to the semifinals after a hard-fought quarter-final round. Being the slowest qualifier on the start line in his heat didn’t distract Stephen. The composed 18-year-old hung out at the back of the six-man pack until the finishing stretch when he charged to secure second spot in the heat.

“I really just wanted to stay at the back and chill out. I was working really hard to keep up but was getting dropped going up the hill,” said Stephen, who replaced his race gloves for mitts for the first time due to the cold. “On the first downhill I really pushed and gained the momentum to get back up and ski with the leaders. On the final downhill I pushed over the edge and gave it all had to the line where I was able to lunge for second place.”

Stephen exercised a similar race tactic in his semifinal. Tucking into the back of the pack in the quick heat despite the hard packed and slow snow conditions, the Canadian youngster was not able to respond to a late breakaway and crossed the line in sixth place.

“I was quite tired from the quarter. My plan was to do the same thing and I was comfortable at the back. I was feeling good going up and down the hills, but I just didn’t have enough when the two people at the front started to go,” said Stephen.

Olivier Léveillé was the only other Canadian to lock up a spot in the head-to-head heats, and eventually finished in his qualifying position at 25th. The Sherbrooke, Que. resident put a tough fight in his quarter-final heat, but his day came to an end after crossing the finish line in fifth spot.

Stephen, Léveillé and McKeever, who were all part of last year’s historic silver-medal winning relay team at the World Junior Championships, are part of a strong group of promising teens who represent the future of the sport at the elite level in Canada.

“Ending last year with that medal, I think it was important for us to start today with a bit of a bang to show Canada is still a competitive nation,” added Stephen. “This result gives me a lot more confidence for the coming races, knowing the fitness and shape is there.”

Molly Miller, of Kimberly, B.C., also proved she is ready to make her mark on the international stage after just missing out in securing a spot in the junior women’s heats, qualifying in 31st. Calgary’s Anna Pryce was 41st, Liliane Gagnon, of Quebec City, was 52nd, and Alexandra Luxmoore, of Revelstoke, B.C., opened her World Championships in 55th spot.

The Under-23 World Championships take centre stage on Wednesday with a sprint race.