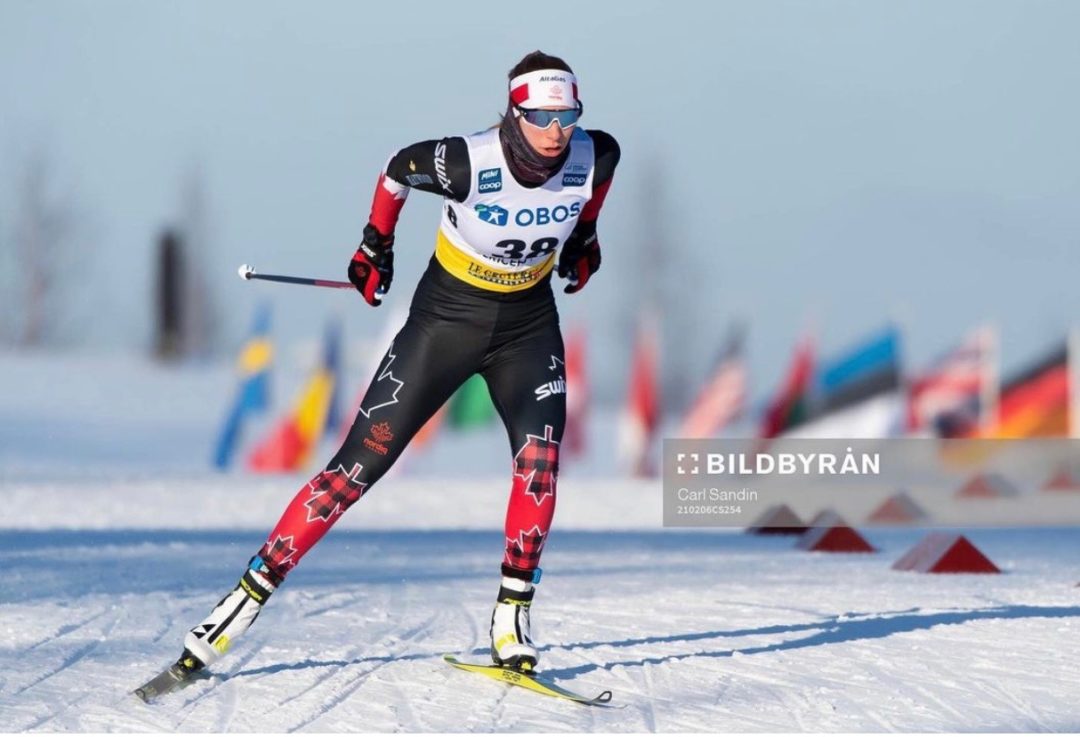 ENGADIN, Sui.—Canada’s Antoine Cyr and Dahria Beatty enjoyed the best distance races of their young careers, finishing in the top-25 on the World Cup for the first time ever on Saturday in Engadin, Switzerland.

Cyr, a 22-year-old World Cup rookie, continued his breakthrough season with a hard-fought 21st place finish in the men’s 15-kilometre classic-ski mass start race. Beatty, a 2018 Olympian who is one-week removed from celebrating her 27th birthday, finished in the points for the first time this year with a 23rd place finish in the women’s 10-kilometre classic-ski mass start.

“It was awesome to throw down again this weekend,” said Cyr, who was regularly in the elite group of 30 at the World Championships highlighted by a seventh-place finish in the team sprint with Graham Ritchie.

Starting well back on the mass start grid in the 60s, the Gatineau, Que. native took advantage of great skis and skiing at 1,800-metres altitude to finish as the third-fastest athlete under the age of 23, and 21st overall at 35:01.6.

“It was a hectic race and was pretty gnarly for the first two laps,” said Cyr, who also competed at the Under-23 World Championships last month with a new generation of talented Canadian cross-country skiers focused on returning the maple leaf to the international podium.

“I was in 45th (at the midway point) and felt really good. I felt I could give a lot more, so I went pack hopping a bit. There wasn’t a lot of distance between groups. I caught up to the lead pack, but when I caught them, they exploded, but I was able to finish strong.”

The young Canuck finished just 14 seconds out of 10th and was 54.5 seconds behind the winner Alexander Bolshunov of Russia (34:07.1). Norway’s Johannes Klaebo finished at 34:25.5, edging out his teammate Paal Golberg for the silver medal. Golberg clocked the bronze medal time at 34:26.0.

Competing in his first season on the World Cup, Cyr’s previous best distance result was 27th in the World Championship skiathlon.

“I am a bit surprised. I don’t want to sound cocky, but I have realized that the preparation we do in Canada is really good. I knew I had the fitness and I have worked hard to get in the top-30,” added Cyr. “I lacked experience, but now I’m getting used to racing on the World Cup and how it works. There are so many little things I’ve had to learn this year that we just don’t do racing (domestically) in Canada. I’ve been following and imitating the best in the world. That is the best schooling you can have, and just really happy to have this experience racing the World Cup.”

Another Canadian chomping at the bit to race at altitude on Saturday was Canada’s Dahria Beatty.

After watching the world’s best men navigate the gradual terrain suited for power skiers like herself, the Whitehorse native took advantage of the conditions to post her career-best distance result in 23rd place with a time of 26:29.2.

Sprinting into the top-30 a handful of times on the World Cup throughout her career, the only other time Beatty has skied into the points in a distance race was in 2016 when she was 26th in a 10-kilometre skate-ski race.

“I’m really happy. It has been a tough season for me so far, but just really happy to have this race today before the end of the season,” said Beatty after completing her three trips around the 3.3-kilometre loop.

“I started with bib 58 so I had a lot of moving up to do. I watched the men’s race, and how Antoine skied having started in a similar position. I just tried to stay relaxed, ski as smooth as I could and not lose contact with the pack.”

Beatty leaped more than half the field by the five-kilometre mark, working her way through the pitchy course while tactically executing the tricky double poling sections and hammering through the windblown snow on the trails.

“I knew I had the ability to have a strong distance race,” added Beatty. “It has been a weird season. I had the best training season ever and my body felt amazing, but when I got to Europe in January my body felt off and I wasn’t skiing how I normally feel which was frustrating.

“It took until the World Championships to feel better. I have been trending in the right direction and finishing 34th in the 30km on an extremely hard course put me in a good mindset for today’s race. The combination of people not liking altitude and I do, great skis and feeling good – it all came together today.”

Russia’s Yulia Stupak also had it going on Saturday, winning the women’s 10-kilometre mass start with a time of 25:13.3. Norway’s Heidi Weng was the next best skier 7.1 seconds off the pace in second at 25:20.4, while Sweden’s Ebba Andersson skied to the final step of the women’s podium with a time of 25:21.

Antoine Cyr, Dahria Beatty and the rest of the Canucks will be looking for one more solid result when the final World Cup race of the cross-country ski season takes place Sunday in Switzerland with the point-to-point 30- and 50-kilometre pursuit races.