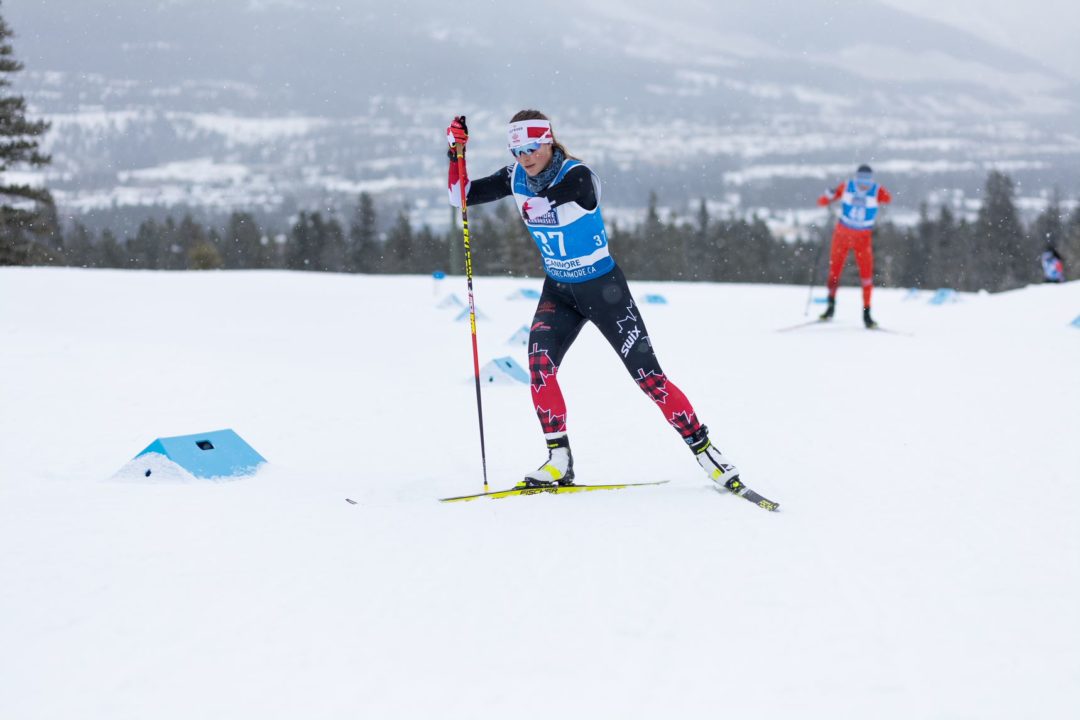 The 28-year-old, who won gold in two cross-country ski races last week, clocked a winning time of 19:46.4 in the women’s six-kilometre biathlon race.

“The biathlon sprint race really favours faster skiers. Even if you have one miss and have to do a penalty loop, you know if you are skiing the course fast you can make up time,” said Hudak. “Today was a bit of an experiment day for me. I just really wanted to see how fast I can ski and see what happens. It panned out.”

Athletes each ski three, two-kilometre loops and stop at the shooting range for five shots between each run. Hudak headed to the 150-metre penalty loop after missing one shot in her second bout before tackling her final lap.

“Our team did a really good job giving splits today, so I knew it was really close within seconds for the top spots on the podium,’ said Hudak. “I just tried to really focus for that second bout of shooting but with the one miss I tried to ski even harder on that last lap.”

Two misses in his first round of shooting cost Collin Cameron a spot on the podium in the men’ six-kilometre sit-ski biathlon event. The Sudbury, Ont. resident finished just .05 shy of third place, posting a time of 21:57.1 (2+0).

Canada’s Mark Arendz also finished fourth in the men’s sprint standing biathlon race. The Hartsville, P.E.I. resident shot clean but was forced to settle for fourth place with a time of 16:18.9.

Russia’s Vladislav Lekomtsev was perfect in shooting, winning with a time of 15:40.9. Benjamin Daviet, of France, also shot clean en route to a silver-medal time of 15:59.9. Russia’s Aleksandr Pronkov hit all 10 targets to win the bronze medal with a time of 16:08.6.

With just race remaining on Sunday, the Canadians have now won 14 medals the opening five events.