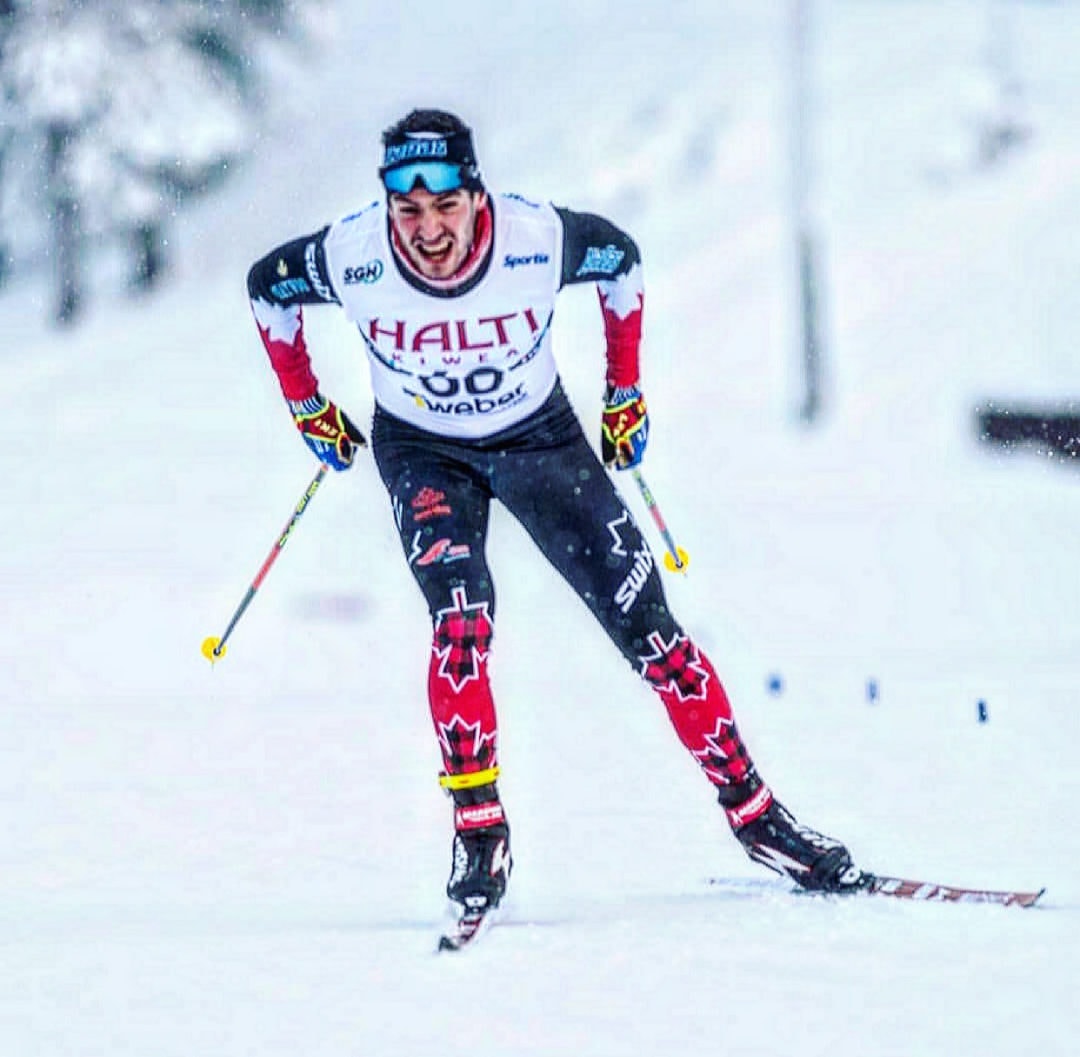 OBERSTDORF, Ger.—Competing in their first Nordic World Ski Championships, Canada’s Graham Ritchie and Antoine Cyr matched strides with the fastest cross-country skiers on the planet while putting down a seventh-place finish in the skate-ski team sprint event on Sunday in Oberstdorf, Germany.

The 22-year-old Canucks were the only team under the age of 23 competing in the team sprint final with the biggest names in the sport.

“This is eye opening and very cool for us to have Canada right there in the mix,” said Ritchie, of Parry Sound, Ont. “It hasn’t sunk in yet really, but we have the confidence and thought we could do it. It is pretty cool.”

In the team sprint, athletes each ski three laps, handing off to their teammate after completing each 1.3-kilometre leg. Due to quickly changing snow conditions as a result of warm temperatures, race organizers altered the qualification format on Sunday. The top-four teams in each of the two heats advanced to the finals along with the next two fastest times overall.

“The conditions were rock solid in the semis and then it was completely different with two inches of slush in the final about an hour later,” added Ritchie, who was 17th in an individual World Cup sprint race last month in Sweden.

“We knew we had to be in the top-four in our semi to get to the final. That was our goal, and we did it.”

The young Canucks were less than one second behind the leaders in their lightning-quick qualifier that consisted of top nations including the Norwegians, Russians and Swedes.

A sprint race on paper, the team sprint puts a premium on endurance and all-around skiing.

“This race is a good for both of us. Graham has proven he is a good distance skier and is a wicked sprinter,” said Cyr, who skied the opening legs for the Canucks. “I also enjoy being in the heats sprinting like today, so it is a good mix for us.”

One day removed from his first-ever top-30 finish at the elite level, Cyr (Gatineau, Que.) fed off his breakthrough performance in Saturday’s skiathlon by setting the tone for the red and white in both the semis and finals.

“Yesterday’s 30km was pretty hard. I was really stressed my legs would not be up to the level, but with the help of the support team, I was able to recover really well,” added Cyr. “I just wanted to set Graham up in a good position today for him to pull it off. I knew what I had to do, and I know I have the capacity to do it.”

The Canadian duo were 17 seconds off the leading pace in the final set by Norway’s Erik Valnes and Johannes Klaebo. Finland’s Ristomatti Hakola and Joni Maki were second, while Russia’s Alexander Bolshunov and Gleb Retivykh skied to the bronze medal.

Alex Harvey and Devon Kershaw put their names in the history books in 2011 as the first Canadians ever to win a World Championship title when they skied to the gold medal in the team sprint. Ritchie and Cyr, who both competed at the Under-23 World Championships two weeks ago, are part of a new generation of talented Canadian cross-country skiers focused on following the trail to the international podium set by their heroes.

“I will always remember watching those two win in Oslo. It was really inspiring, and they are both big influencers in our careers,” said Cyr. “Alex is a good friend of mine and he is regularly in contact with me – giving me tips and tricks to ski on the World Cup scene. They are mentors for both of us.”

“We have a strong group of young guys here in Canada with a bunch of confidence to do this over the next few years,” added Ritchie, who understands the patience required for the new generation to follow the trail to the international cross-country ski podium blazed by the long list of Canadians before them.

“We know it will take some time, but today we were less than one second off fifth place. We know we can be at the level now (to compete) and that is awesome.”

The Canadian duo came up short in their quest to qualify for the finals while lining up against the top nations in their strong semifinal heat. With Beatty skiing the opening leg and MacIsaac-Jones the anchor, the Canadians crossed the line sixth in their heat to finish 12th overall.

The Nordic World Ski Championships continue on Monday in Oberstdorf with the women’s 10-kilometre skate-ski race.