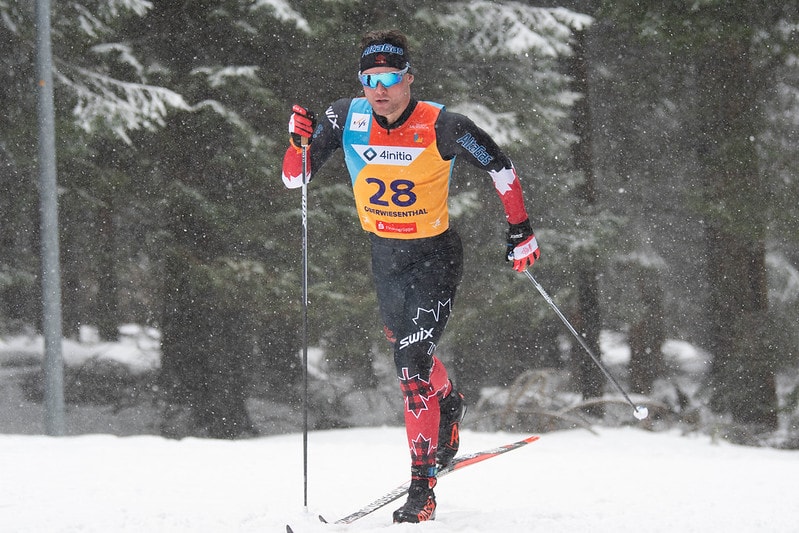 OBERWIESENTHAL, Ger.—Graham Ritchie shattered his career-best distance result at the Under-23 Nordic World Ski Champioships after storming to 13th-place on Tuesday in Oberwiesenthal, Germany.

Feeding off the confidence gained from qualifying sixth in the sprint race over the weekend, the 21-year-old Ritchie rocketed into the top-15 of the men’s 15-kilometre classic cross-country ski race with a time of 38:55.2.

“I’m really stoked with this result. It definitely exceeded my expectations,” said Ritchie, who hails from Parry Sound, Ont. “I went into the race with no pressure and wasn’t really expecting much other than a good hard race.”

Strong and steady after bursting through the start gate, Ritchie skied a 19th-place pace for most of the four-lap race but turned on the jets in the final five-kilometres over the hilly terrain to lock up 13th spot.

“Once I was out on the course, things just started to flow. I was just taking it one lap at a time,” added Ritchie. “The conditions were a real challenge. The tracks were fairly beat up and fresh snow was falling. It did help that I had a fast par of skis under me thanks to the techs.”

Two other Canadians also enjoyed a solid day while battling through the windy conditions and falling snow over the Sparkassen Skarena. Sam Hendry, of Canmore, Alta. stormed into 18th spot with a time of 39:15.6. Antoine Cyr, of Gatineau, Que., locked up 30tsh place with a time of 39:50.2.

Russia’s Sergey Ardashev won the first distance race of the week with a time of 36:26.4. Norway’s Harald Amundsen clocked-in at 37:28.4 for the silver medal. Hugo Lapalus, of France, claimed the bronze medal with a time of 38:02.0.

Philippe Boucher, of Levis, Que., was the only other Canadian in the men’s field and finished 52nd at 41:30.3.

Sweden celebrated the gold and bronze medals. Ebba Andersson set the time to beat at 28:28.7. Emma Ribom was third at 28:58.9. Sandwiched between the two Swedish athletes was Norway’s Marte Johansen winning the silver with a time of 28:53.5.

The FIS Nordic Junior and Under 23 World Ski Championships continue on Wednesday with the junior 15- and 30-kilometre skate-ski mass start races.