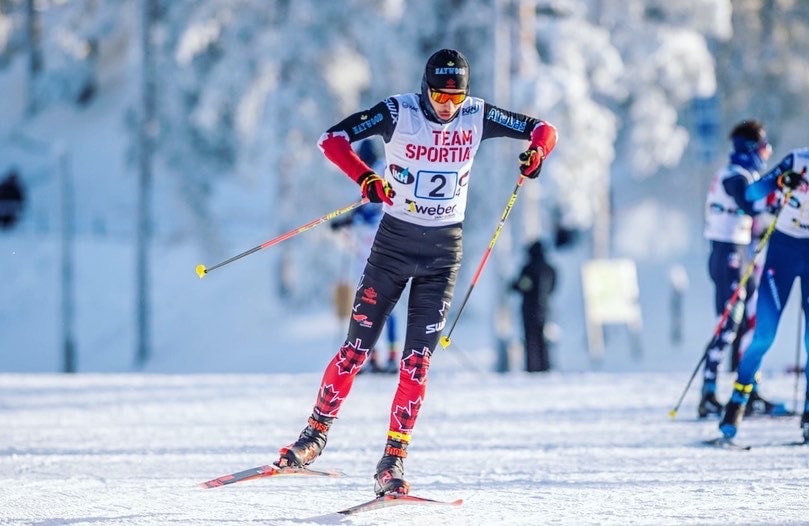 VUOKATTI, Fin.—There were no podium celebrations, but Canada’s three relay teams all finished in the top-10 on Saturday at the Junior and Under-23 Nordic World Ski Championships in Finland.

“The relays are exciting no matter how it goes because the atmosphere is so fun,” said Erik Braaten, head coach, Canadian Cross-Country Ski Team. “We had lots of really good individual performances but overall, we were just okay.”

Looking to build off his bronze-medal breakthrough on Friday, Olivier Léveillé joined forces with three Canadian teens – Xavier McKeever (Canmore, Alta.), Tom Stephen (Calgary) and Joe Davies (Pemberton, B.C.) – for another charge at the podium. After each skied a five-kilometre leg before handing off to their teammate, the Canucks found themselves in sixth place at 50:55.1 – just two seconds out of fifth and less than 50 seconds from the medals.

“Definitely it is tricky to come back after yesterday’s medal and especially for the juniors because they were supposed to have a day off before the relay but with the schedule changes due to the cold, they are going three days in a row. That is a heavy lift,” added Braaten. “There are a lot of emotions that come with winning a medal so it can take a lot of out of you and that is something we need to continue to work on, but the guys were right in the mix today. Of course the standard was set last year with the silver medal, and not what we hoped for today, but it was a good result.”

The Norwegians won the 20-kilometre haul that consists of two athletes clicking into classic-skis followed by the two legs in the skate-ski format. Norway set the winning time at 49:45.3. Finland was second at 50:05.3, while Italy clocked-in at 50:07.9 for third place.

Canada’s Under-23 athletes matched the junior women’s finish while hitting the start line for the final time this week. Annika Richardson (Vancouver) skied the opening leg before handing off to Antoine Cyr (Gatineau, Que.), Graham Ritchie (Parry Sound, Ont.) and then Elizabeth Elliott (Revelstoke, B.C.) in the anchor position. The Canadians scrapped their way to ninth position with a time of 55:10.0 in the 4×5 kilometre mixed relay. Cyr was a particular highlight for the Canucks posting the fastest time while skiing the second leg.