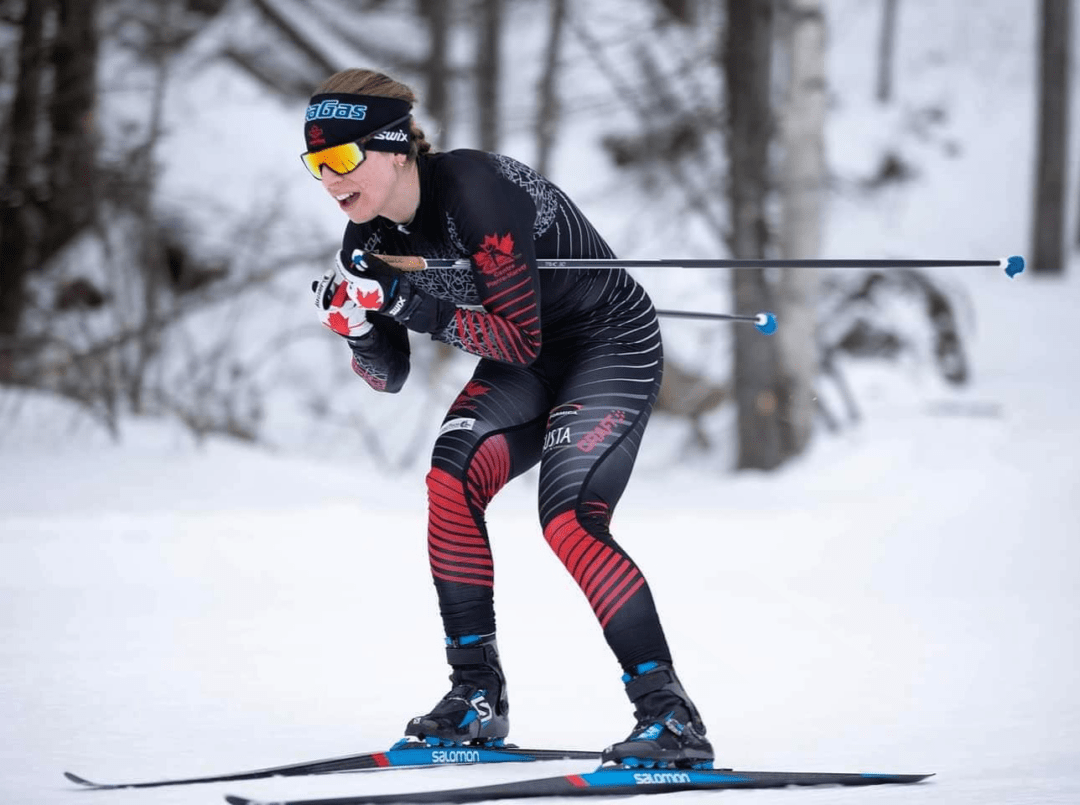 FALUN, Swe.— Canada’s Cendrine Browne and Russell Kennedy showcased their shape on a course in Falun, Sweden that puts a demand on fitness by posting career-best results in the middle-distance races at the Cross-Country Skiing World Cup.

Coming off impressive returns to the World Cup circuit one week ago in Finland where both athletes, along with Katherine Stewart-Jones, skied into the points, Browne, (Saint-Jérôme, Que.) and Kennedy (Canmore, Alta.) battled back into the elite group with the top-30 once again on Friday.

The 27-year-old Browne came charging out of the gate in her first of four laps around the demanding 2.5-kilometre loop for the women’s 10-kilometre skate-ski race. The 2018 Olympian crossed the finish line having clocked a career-best 23rd-place result at 25:20.3.

“I am super excited to have a new career-best result,” said Browne, who now has six, top-30 finishes in her career. “I knew my legs weren’t 100 per cent, but my coach always says sometimes you can have bad legs and still have a good race. I had great skis again today.”

Skiing alone on the fast, icy and tricky conditions in the individual start race, Browne was steady and composed while working the entire way. She credits Russia’s Yulia Stupak catching her in the last kilometre for pulling her up the punishing final hill.

“I knew there would be a lot of one skating in the course – my specialty,” beamed Browne. “I focused on that, putting a lot of energy into the flats and gradual sections, and it payed off.”

Falun has been a home-away-from-home for Browne and the Canucks over the years – a nordic venue that has witnessed some of the nation’s greatest skiers including Pierre Harvey, Alex Harvey, Devon Kershaw and Lenny Valjas climb onto the podium. Browne’s first time skiing into the top-30 also came in Falun in 2018 when she clocked the 28th-fastest time in a pursuit race. She was 29th in the women’s 10-kilometre race last year.

“I always loved this course because of all of the one skate sections,” said Browne. “I attribute this early success to all of the training I’ve done over the last 11 months and multiple time trials I did with CNEPH at home. This allowed me to keep my motivation and to practice the race pace I wanted to have at the World Cup.”

Browne can gain additional inspiration from Jessie Diggins, of the United States, who skied to the gold medal with a time of 23:35.9. Norway’s Therese Johaug was second at 23:38.0, while Sweden’s Ebba Andersson stopped the clock at 23:50.5 for the bronze medal.

The 30-year-old demonstrated his strong preparation while clocking a time of 34:53.4 in the men’s 15-kilometre skate-ski race.

“I was feeling really good today but being only my second race my recovery after big pushes is not amazing yet. I was in around 21st halfway through, and tried to push but my legs were a bit heavy and I went the other way,” said Kennedy, who also shared guiding duties for Brian McKeever at the 2018 Paralympic Winter Games.

“This year I had the training year I have always wanted and it’s paying off. I was consistent and strong so I am excited to see what the rest of the year brings.”

Russia’s Alexander Bolshunov set the time to beat at 32:33.3. The Norwegians grabbed the final two spots on the men’s podium. Simen Hegstad Krueder was second at 32:35.1, while Sjur Roethe was 23.9 seconds off the leading pace with a time of 32:57.2.

Another set of 10- and 15-kilometre races are slated for Saturday in Falun.