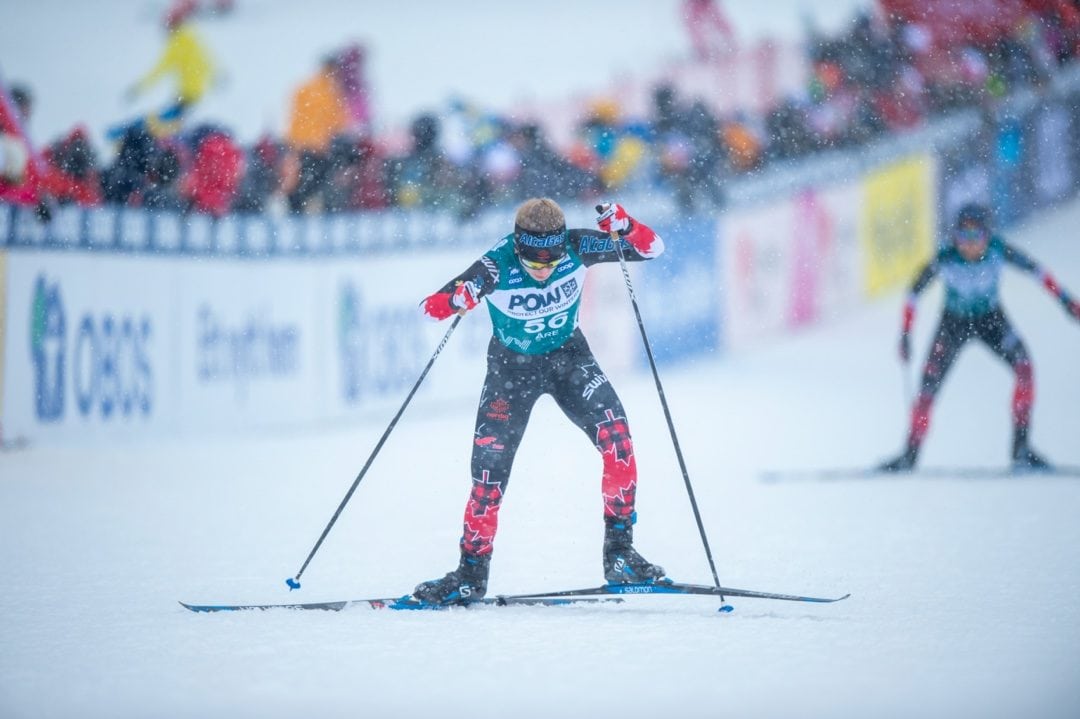 MERAKER, Nor.—Canada’s Cendrine Browne held on as long as she could while skiing through high winds, challenging conditions and a quick pace throughout the 34 kilometre cross-country skate-ski race, which resulted in a 25th-place finish in the fourth stage of Ski Tour 2020 in Meraker, Norway.

Building on her third career top-30 distance race from one week ago, the 26-year-old from Saint-Jérôme, Que. hunted down the field in the mass start race Thursday to finish with a time of 1:32:40.7.

“Today’s race was really fun. I had awesome skis, and my body felt strong,” said Browne. “For most of the first half of the race, I worked really hard with Katherine (Stewart-Jones) to catch the pack that was in front of us. I didn’t get any splits, so I had no idea I was so close to the top-20. When we caught up, I held on it till the end.”

With Browne posting her career-best finish, Stewart-Jones also enjoyed another strong outing on the World Cup finishing just one spot outside of the top-30 in a photo finish. Stewart-Jones (Chelsea, Que.), who now sits 28th overall with two stages remaining, clocked a time of 1:32:48.9.

The fourth stage of the six-stage Ski Tour 2020 was scheduled to be a border-crossing stage from the Swedish venue of Storlien to the Norwegian site of Meraker. However strong winds forced officials to alter the race plan from Meraker’s Grova Stadium to the mountain range at Fjergen and return back to the stadium.

“The conditions were really tough. It was very windy, and you had to play the race well if you wanted to survive,” added Browne, who is 30th in the Overall Tour standings “I managed to do this well. The mindset was to hold on as long as I could, which I did. I’m really happy about how I skied the course.”

Three Norwegian athletes also skied the course well to sweep the women’s podium. Therese Johaug crossed the line first with a time of 1:26:32.8. Ingvild Flugstad Oestberg was second at 1:26:36.8, while Heidi Weng snagged the bronze-medal step of the podium with a time of 1:27:54.4.

Finishing seconds out of the top-20, Browne has bounced back into top form after being dealt a string of bad luck after dealing with post-Olympic blues, not being named to the National Ski Team this year and experiencing a concussion this summer.

“This is really exciting because it proves that I belong here and that I am still a good skier,” added Browne. “With all that happened to me, I had to learn to believe in myself again and have fun skiing again. When I go into a race, my only goal now is to be proud of myself when I cross the finish line.”

A trio of young Canucks also enjoyed a solid outing in the men’s 50-kilometre skate-ski race.

Russia’s Alexander Bolshunov won the men’s race with a time of 1:19:34.9. Bolshunov was sandwiched between two Norwegians on the podium. Johannes Klaebo was second 1:20:26.6. Emily Iversen skied to the bronze at 1:20:26.7.