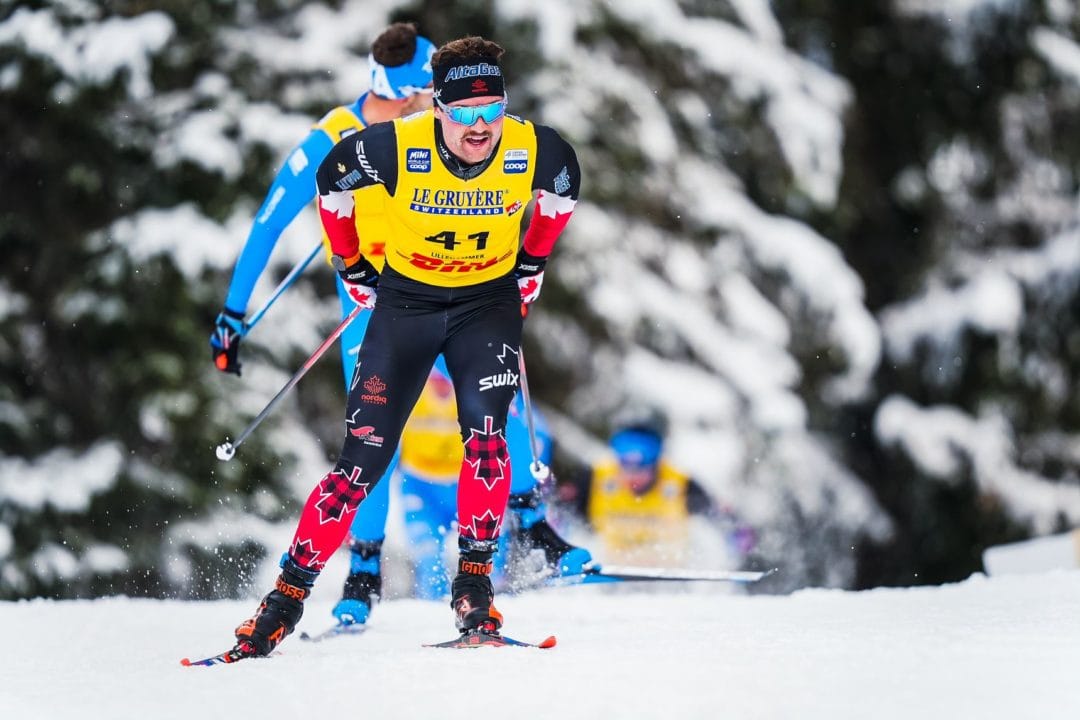 DRESDEN, Ger.—Canada’s Graham Ritchie will take a lot of positives from a 26th place finish in Saturday’s World Cup skate-ski sprint race on the streets of Dresden, Germany.

The 23-year-old qualified for the head-to-head heats with the top-30 athletes for the first time this year after clocking the 16th quickest time after his two trips around the 650-metre track covered in artificial snow through the German city.

“It was a solid day and nice to finally get my legs back under me for a great qualifier,” said Ritchie. “It was great for me to get back into the points, and it’s a huge positive heading into the break.”

Feeling strong and confident, Ritchie’s day came to an end early in the round of 30.

“I was feeling really good and confident in the quarter-final but the skier in front of me crashed, and I couldn’t get around him. That led to me unfortunately breaking a ski, and not having a chance to move on to the semifinals.”

Norway’s Haavard Taugboel won the battle for the top spot of the men’s podium. Italy’s Federico Pellegrino was second, while Lucas Chanavat, of France, settled for the bronze medal.

Russell Kennedy, of Canmore, Alta. did not qualify for the heats and finished 48th.

Neither of the two Canadian women who suited up on Saturday were able to secure spots in the heats. Maya MacIsaac-Jones (Athabasca, Alta.) qualified 52nd. Dahria Beatty (Whitehorse) was 58th.

Swedish athletes grabbed the top-two spots on the podium. Maja Dahlqvist was first across the finish line, while Jonna Sundling snagged the silver medal. Slovenia’s Anamarija Lampic won the bronze.

The World Cup continues on Sunday in Dresden with the team sprint races.