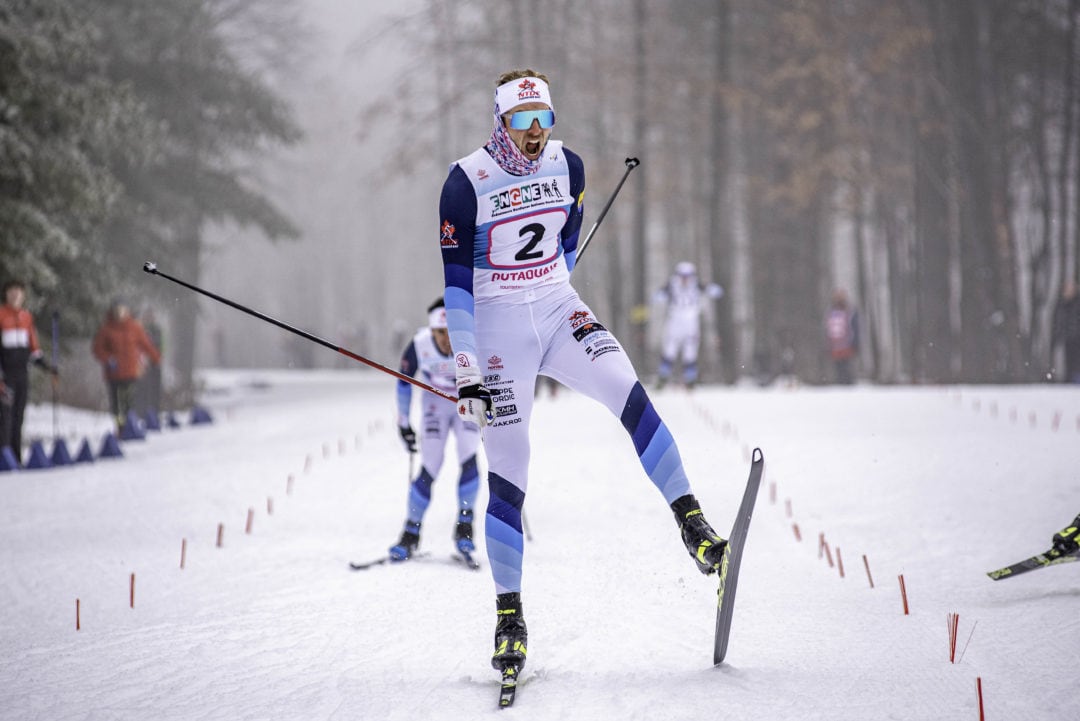 Gatineau, Quebec, December 11, 2021 – Pouring rain greeted the almost 500 competitors at Gatineau’s Nakkertok Ski Centre, as they arrived for the FIS Eastern Canada Cup, the first major ski race in Eastern Canada, since the start of the pandemic. Fortunately the weather cleared up a bit by race time and there were fast conditions as Chelsea’s Laura Leclair and Varennes’s Étienne Hébert set the fastest time in the skate sprint qualifier, for the knockout heats.

In the first semi-final Parry Sound’s Shaylynn Loewen came through to finish just in front of Laura but in the final it was Leclair who led the way for the full race finishing just .3 seconds ahead of Loewen who had made a late charge for the top of the podium. Cantley’s Bronwyn Williams finished 3rd, on a day she would have normally been racing in Switzerland, at the recently cancelled World University Games.

Laura Leclair: “I feel great, I’m happy with my form, the conditions were super fast, the skis were super fast. I’m definitely not in peak form, which will be more in early January (I hope), but it definitely bodes well for the rest of the season.” 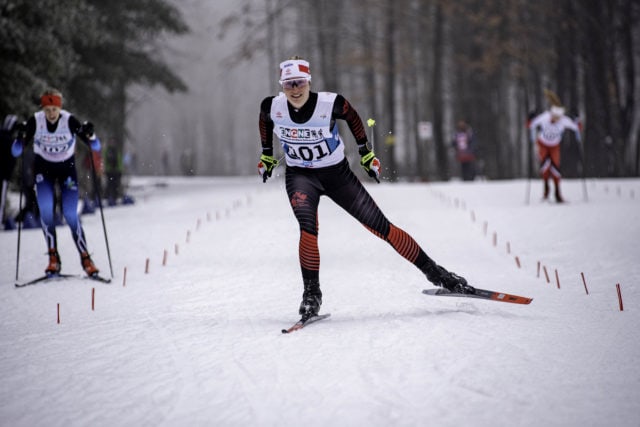 On the men’s side, Owen Sound’s Julian Smith finished first in the quarters and semis but trailed local favourite Ottawa’s Pierre Grall-Johnson for much of the final. It was on the final downhill that the finish order was decided with Smith and Étienne Hébert moving to the front, to finish 1st and 2nd respectively, the top U23 athlete. Julian made it 2 Canada Cup sprint wins in a row, after winning the Western Canada Cup race, last weekend in Sovereign Lake, B.C.

Julian Smith: “The race went really well today, it was super fun, the volunteers put on a really good event. It was really wet and rainy this morning, but that actually made it for a really fast day. “

Pierre Grall-Johnson:” It was pretty good, I was happy with how the day went. Despite the conditions, I was happy with the final. It’s awesome racing at home, the volunteers did a great job, Nakkertok is always a great place to race and overall, I’m happy to be back!

Local skier’s Guillaume Pelchat of Pembroke and Tory Audet of Chelsea were the top juniors.