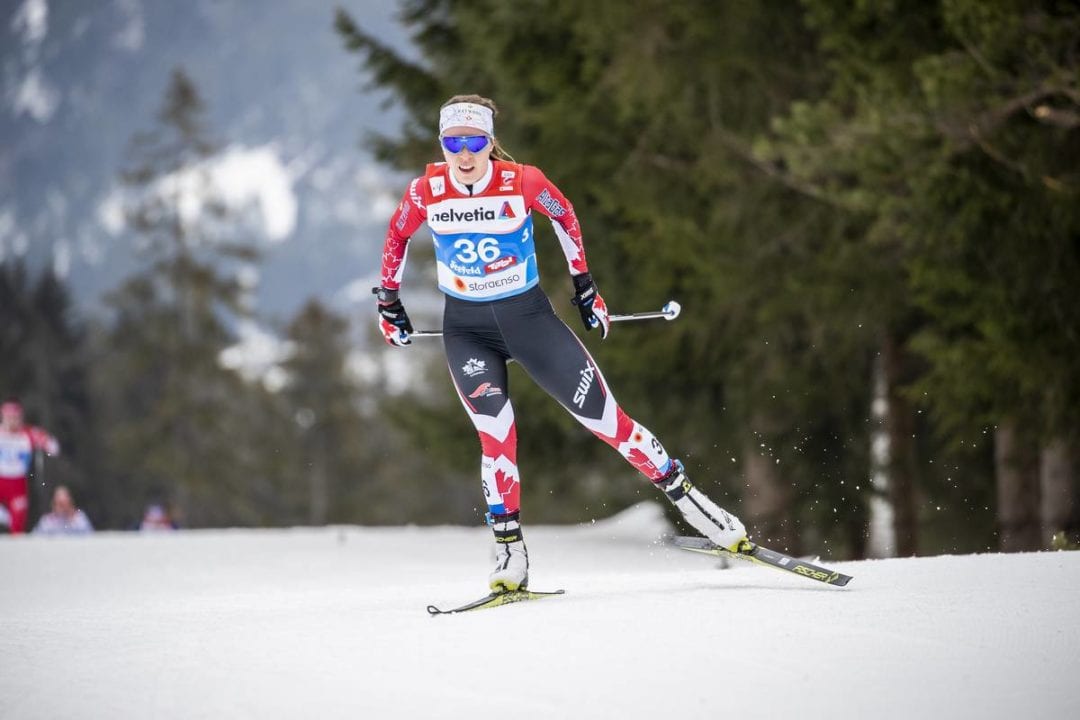 CANMORE, Alta.— In an effort to provide a safe and competitive domestic race series while keeping athletes close to home during the ongoing COVID-19 pandemic, Nordiq Canada has created an East-West FIS CUP Regional Race Series for the 2020-21 season.

Canada’s cross-country ski athletes will have equal opportunity to compete in four regional races in either Eastern or Western Canada between December and February. In addition, the World Championship Trials will continue as scheduled for the entire country in Whistler, B.C., January 7-10. The best cross-country skiers across Canada will also head to the Nakkertok Nordic Ski Centre in Gatineau, Que. for the 2021 Canadian Ski Championships, March 14-20. Both will be Continental Cup (NorAm) and FIS-sanctioned competitions. The Trials, which will have a limited field focused on the U20 and Open category to ensure physical distancing, along with Nationals will not be part of the FIS Cup Regional Race Series.

The newly created FIS Cup Regional Race Series replaces Nordiq Canada’s annual NorAm Continental Cup Series that sees athletes regularly travelling across the country. The FIS Cups will provide Canada’s high-performance athletes the opportunity to earn FIS points without leaving their region. The FIS sanctioning of an event only affects the elite Open category. All other race categories will be run as Provincial Cups.

“COVID-19 has forced us all to adapt, to be innovative and adjust to a new way of doing things. Our number one focus is to support all of Canada’s cross-country ski athletes in their continued development by providing safe training and competitive race opportunities while respecting guidance by provincial government and health officials,” said Jeff Ellis, Events and Partnerships, Nordiq Canada.

“Athletes are born and bred to race, and do not want to be left behind their competition. While we realize these difficult times will create additional stress and anxiety for all of us, we believe this new regional series eliminates the dilemma for athletes, coaches, parents and officials to put their health at risk by traveling multiple times across the country for sport. Until the pandemic has run its course, we recognize there may require travel for athletes in the Atlantic provinces and Territories, but we are encouraging our entire community to ‘Race Local.’”

Prize money for the top-five women and men will be up for grabs at both the following four-race Western FIS Cup and Easter FIS Cup Series.

National Championships head back to Canada’s Capital region
One of only two domestic competitions that will have the Canada’s top athletes going head-to-head will be at the Canadian Ski Championships slated to return to the Nakkertok Nordic Ski Centre in Gatineau, Que.

Hosted by the ENGNE, the Canadian Ski Championships will be held March 14-20.

“We are thrilled to return to one of Canada’s most coveted cross-country ski venues for our National Championships,” said Ellis, who added this will be the lone event of the year that will bring Canada’s entire cross-country ski community together.

“While our regional FIS Cup races will be extremely competitive, we also recognize the importance of having athletes test their mettle against a wider breadth of competition, and I can’t think of a better location to hold the premiere event on our domestic race schedule than at Nakkertok. We will continue to closely monitor guidelines put out by our government and health officials but are hopeful we will have the opportunity to complete the season with all of our nation’s best on the same start line in March.”

ENGNE previously hosted the premier event on the domestic race calendar in 2019 at the Nakkertok Nordic Ski Centre.

“ENGNE and the entire Nordiq ski community of Canada’s Capital region are excited to be hosting the nation’s best skiers again,” said John Halvorsen, President and Chair, ENGNE. “This year will be extra demanding, but our experienced Organizing Committee is ready for the challenge and look forward to welcoming the cross-country ski community to Gatineau.”

About ENGNE
Évènements Nordiques Gatineau Nordic Events (ENGNE) was founded by three local ski clubs (Chelsea Nordiq Ski Club, Nakkertok Nordic Ski Association, Club Skinouk) plus the region’s premier community ski festival, the Gatineau Loppet, to host the Gatineau stage of Ski Tour Canada 2016, a FIS World Cup Event.
The mission of ENGNE is to host, organize, and promote major events and competitions in the field of cross-country skiing aimed at offering an enriching experience for all participants and fans, promoting the practice of amateur and competitive sport and a healthy lifestyle, as well as broadening the reputation of Canada’s Capital Region as a sports and cultural destination of choice.