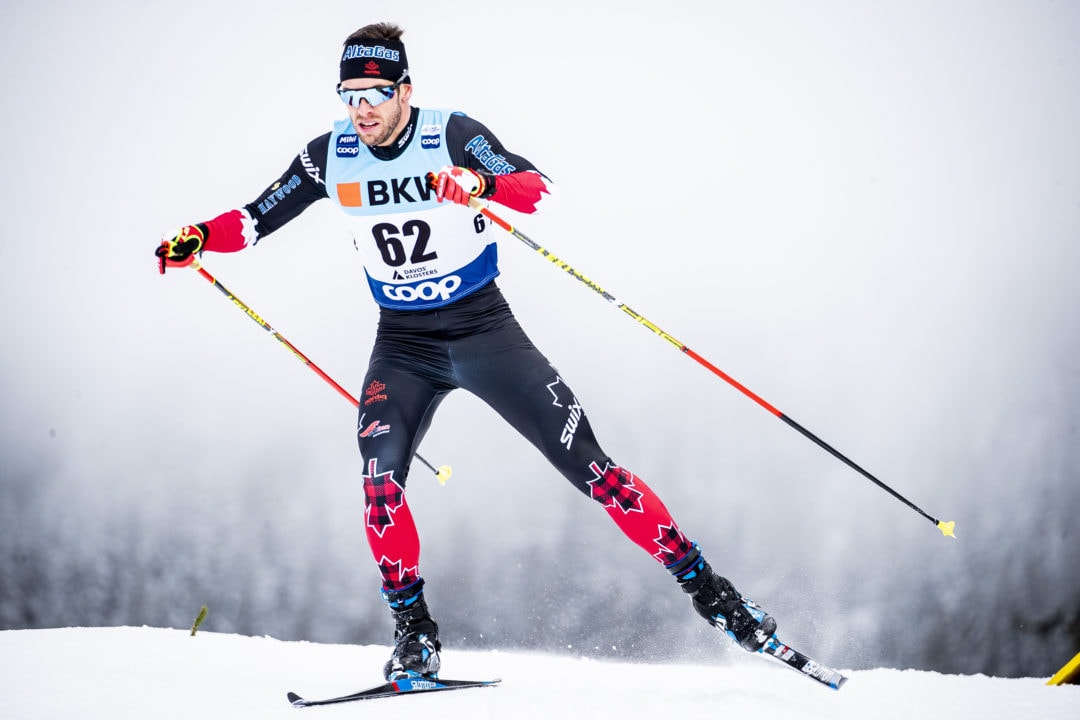 OBERSTDORF, Ger.—Russell Kennedy grinded through warm weather and soft snow to snag the final spot in the top-30 for the first time ever at a World Championships on Wednesday.

The 30-year-old from Canmore, Alta. stopped the clock at 36:22.8 in the men’s 15-kilometre individual start skate-ski race. A 2018 Olympian, Kennedy squeaked into 30th place by .1 second over Simeon Hamilton of the United States.

“It was a tough day. The slush was super deep, but the wax team gave me some awesome skis,” said Kennedy.

Kennedy came into the World Championships with high expectations having posted two World Cup results in the elite group of 30 in the shortened season for the Canucks due to COVID-19, but has been battling an ear infection since arriving in Oberstdorf, Germany.

“I was a bit nervous about my form this morning with this ear infection that I have had for the last five days so I was happy to see that, although not perfect, it is still good,” said Kennedy. “I’m feeling better now and hopefully will be able to put together a good 50k.”

The Norwegians swept the men’s podium. Hans Holund set the time to beat at 33:48.7. Simen Krueger was 20.2 seconds off the leading mark, having posted a silver medal time of 34:08.9. Harald Amundsen completed the podium sweep for the dominant Norwegians with a time of 34:24.3.

Three other Canadians also suited up for Wednesday’s middle distance race. Philippe Boucher, of Levis, Que., was the next best Canuck in 50th place with a time of 37:48.9. Rémi Drolet, of Rossland, B.C., went hard out of the gate skiing in 12th spot at the first split at the 1.8 kilometre mark, but faltered back to 52nd with a time of 37:51.4. Graham Ritchie, of Parry Sound, Ont., rounded out the Canadian contingent in 67th place with a time of 39:04.0.

The World Nordic Ski Championships continue on Thursday in Oberstdorf with the women’s 4×5 kilometre relay event. Canada will be represented by Katherine Stewart-Jones, Dahria Beatty, Cendrine Browne and Laura Leclair.