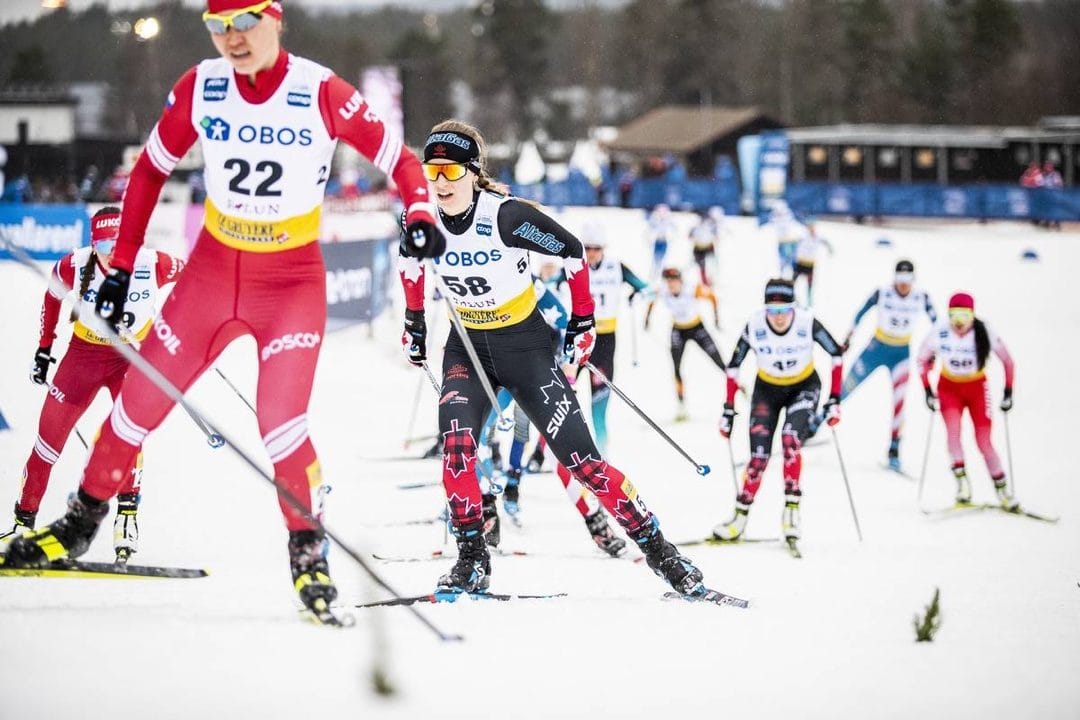 Cendrine Browne Skis into the Points at World Cup in Sweden

FALUN, Swe.—Canada’s Cendrine Browne skied into the points for just the second time ever in her World Cup career, finishing 29th in the women’s 10-kilometre skate-ski mass start race in Falun, Sweden.

Competing in her first World Cup weekend of the season, the 26-year-old from Saint-Jérôme, Que. battled from the back of the pack where she steadily worked her way up into the top portion of the field. Browne stopped the clock at 26:44.3 in Sweden.

“This was a really good race for Cendrine who had great shape, fast skis and was excellent all day,” said Erik Braten, head coach, Canadian Cross-Country Ski Team. “She was patient throughout the race, didn’t rush, and her pacing was really impressive.”

The only other time Browne skied into the top-30 was at the 2017 World Championships in Lahti, Finland when she was 26th in the 30-kilometre mass start race. Browne also posted the 27th-fastest time on the day in a 10-kilometre skate-ski pursuit race in Falun in 2018.

The 2018 Olympian is bouncing back into top form after experiencing a concussion in the summer which prevented her from training properly for the start of the season. In addition to the top-30 finish last Sunday, Browne posted a trio of podium performances at the recent Haywood NorAm races in Mont-Saint-Anne, Que. which featured all of the nation’s top athletes.

“Cendrine has been training well for the last few months now and is feeling healthy,” added Braten. “To be at your best and deliver when it matters like she did in Falun is a strong skill. I am confident she will continue to stay in this top form and build on this great result.”

Russia’s Alexander Bolshunov won the men’s race with a time of 33:10.3.

Nordiq Canada is the governing body of para-nordic and cross-country skiing in Canada, which is the nation’s optimal sport and recreational activity with more than one million Canadians participating annually. Its 60,000 members include athletes, coaches, officials and skiers of all ages and abilities. With the support of its valued corporate partners – Haywood Securities Inc., AltaGas, Swix and Lanctôt Sports– along with the Government of Canada, Canadian Olympic Committee, Canadian Paralympic Committee, Own the Podium and B2Ten, Nordiq Canada develops Olympic, Paralympic and world champions. For more information on Nordiq Canada, please visit us at nordiqcanada.ca.