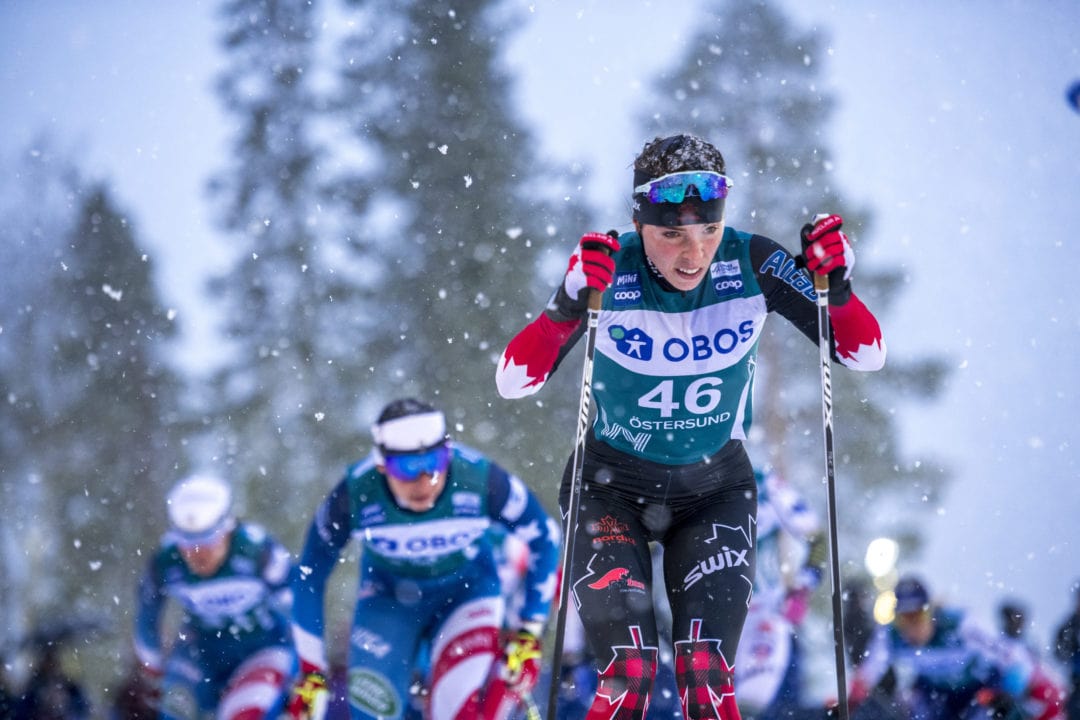 FALUN, Swe.— Canada’s Katherine Stewart-Jones mixed it up with the best names in the sport while bolting to 17th-place in a 10-kilometre classic-ski mass start race in Falun, Sweden on Saturday.

The 25-year-old finished just 36 seconds off the leading pace after completing her four trips around the slick 2.5-kilometre loop in a time of 26:33.3.

“This feels really good,” said an elated Stewart-Jones.” I knew that my fitness is good, and that this was a course where gaps are both hard to make and hard to close.”

The member of Nakkertok Nordic near the Nation’s Capital was skiing comfortably in the top-25 until the midway point of the race where she turned on the jets. Fighting for a spot in the top-15 with less than two minutes remaining in the race, Stewart-Jones was in a pack of seven that began the sprint to the finish with 500-metres to go. After dropping two athletes with 100-metres to go in the race, the feisty Canuck continued the battle to the line where she finished at the back of the group of five.

“My goal today was to get myself in a good group right away and not let go no matter how much it hurt,” said Stewart-Jones. “My skis were incredible and allowed me to relax on the downhills. The course was hard-packed and some of the corners were pretty icy so you had to be a bit careful, but I also knew you could make up a lot of time on those sections.”

Sweden’s Linn Svahn was first across the women’s finish line, stopping the clock at 25:57.1. Russia’s Yulia Stupak skied to the silver at 25:57.5, while Norway’s Therese Johaug finished in the bronze-medal spot on a tight results sheet with fractions of a second separating the world’s best. Stupak posted a time of 25:58.0.

Stewart-Jones, of Chelsea, Que. shattered her career-best finish she posted one week ago where she was 24th at the season-opener in Finland. It is just her fourth top-30 result at the World Cup or World Championship level. The young Canuck also demonstrated her potential in a World Cup pursuit race last year where she clocked the ninth-fastest time of the day.

Stewart-Jones and her Canadian teammate, Cendrine Browne of Saint-Jérôme, Que., have been feeding off each other’s career-best results in their opening two weekends on the World Cup this season. Coming off a best-ever 23rd place result on Friday, Browne was 38th in Saturday’s mass start with a time of 27:42.2.

“I was really inspired by Cendrine’s race yesterday. She crushed it against a really tough field and a super hard course,” added Stewart-Jones. “Her performance definitely gave me extra confidence today that I could do it too. I know that this is just the beginning. I have so much belief in our team, and I know my teammates have the same belief in me.”