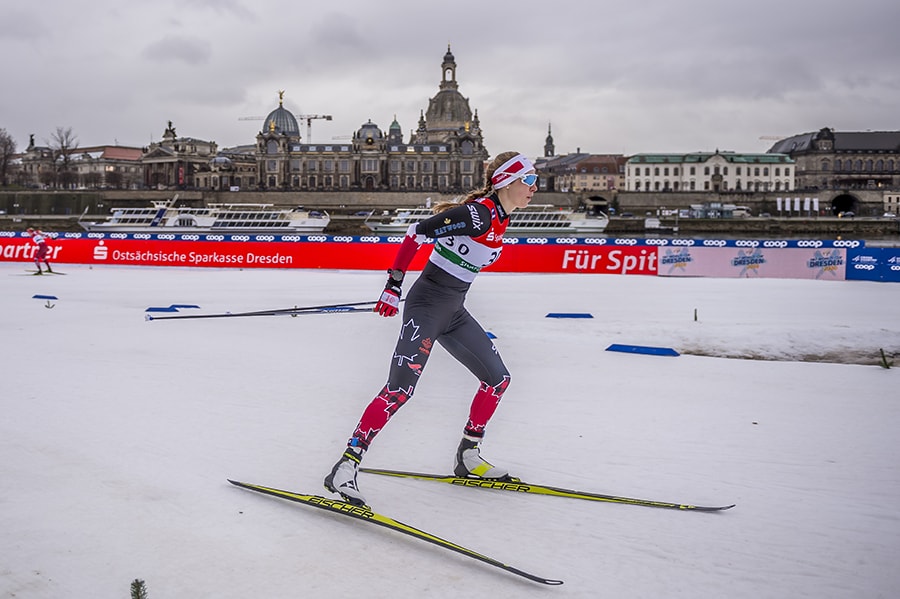 CANMORE, Alta.—A new generation of Nordic Canucks will take another stride forward on the trail towards Beijing 2022 as Nordiq Canada announced the 2020-21 National Ski Team on Friday.

Determined to climb up the results page at all levels of the sport internationally, the relentless group of young cross-country ski stars who span the country will be focused on continuing their development.

A crop of Paralympic medallists and one Olympian headline the National Ski Team at the mid-way point of the current quadrennial. The Para-Nordic World Cup Ski Team, which will composed of nine athletes including two guides,  will be counted on to lead the medal-winning charge for Canada internationally over the next season.

Canada’s flag bearers at the 2018 Paralympic Games, Brian McKeever (Canmore, Alta.) and Mark Arendz (Hartsville, P.E.I.) continue to lead a talented mix of veteran experience with youthful energy and drive in Canada’s Para-Nordic squad. They will be joined by a foursome of Paralympic, World Championship and World Cup medallists that includes: Collin Cameron (Sudbury, Ont.); Natalie Wilkie (Salmon Arm, B.C.); Emily Young (Vancouver); and Brittany Hudak (Prince Albert, Sask.).  Derek Zaplotinsky (Smoky Lake, Alta.) will look to breakthrough onto the IPC World Cup podium for the first time this year. The 2018 Paralympian has been closing in on the podium over the last two seasons that has included two, fifth-place finishes along with a fourth-place result at the 2019 World Championships.

Graham Nishikawa (Whitehorse) and Russell Kennedy (Canmore, Alta.) will both continue to share guiding duties for Brian McKeever. Kennedy, who competed at the 2018 Olympics before also helping to guide Brian McKeever at the Paralympic Games in PyeongChang, will also include World Cup races on his schedule while training and competing with the para squad.

“This is a high-powered group of Para-nordic skiers who are focused on winning medals and  inspiring and developing the next generation of athletes,” said Shane Pearsall, chief executive officer, Nordiq Canada. “Depth is critical to mounting a podium attack at any level. Nearly every athlete on this team has stood on the Paralympic podium. With this experienced group steering the ship, the future is promising on the road to 2022.”

Dahria Beatty is the lone Olympian who will be counted on to guide the young squad in the final two years towards the 2022 Games. They 26-year-old Beatty represented Canada at the 2018 Olympic Winter Games in PyeongChang.

“This is a young group of athletes who we are focused on developing through to the 2026 Olympics,” added Pearsall, who added teenagers Remi Drolet, Olivier Léveillé, Tom Stephen and Xavier McKeever made history this past season as the first Canadians ever to ski onto the relay podium at the Junior World Championships where they celebrated the silver medal.

“The majority of this group have represented Canada at the Under-23 and Junior World Championships, and represent the future of our sport. They are equally determined to continue the trail to the international podium, but it is our goal to work with our sport and funding partners to ensure this group of athletes, loaded with potential, have the tools they require to succeed.”