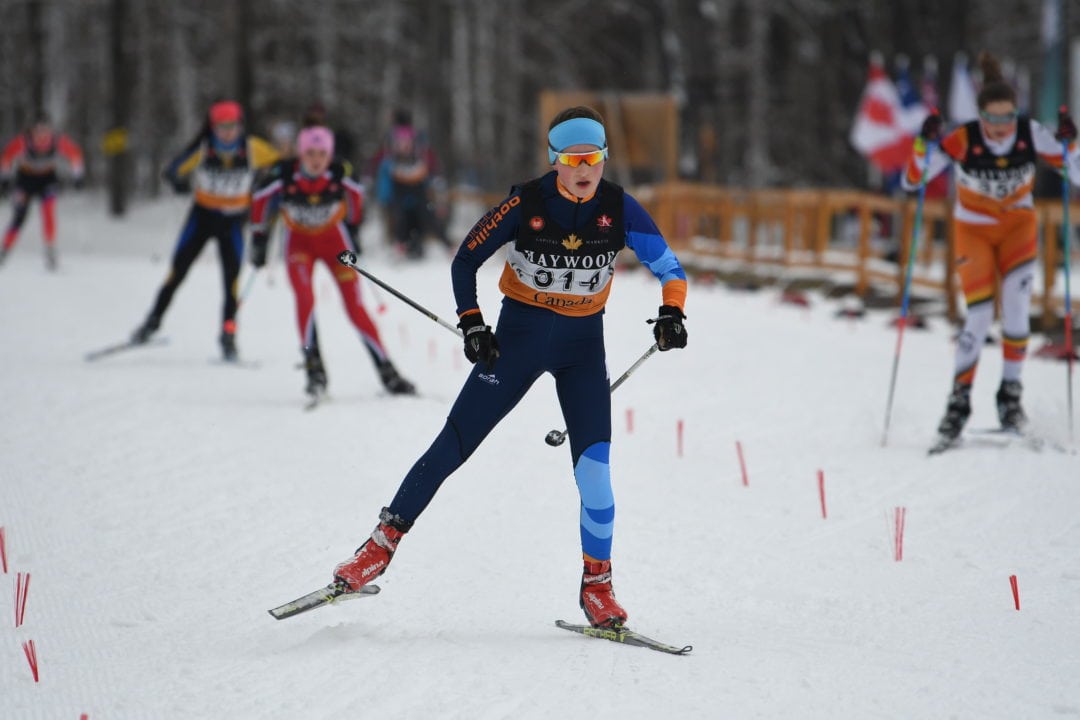 CANMORE, Alta.— After working extensively with its Divisional partners, Nordiq Canada has created a regional, high-level cross-country ski race series for the 2021-22 season that has been designed to strengthen the performance pathway across the country while minimizing travel for the nation’s young cross-country skiers and emphasizing developmentally appropriate racing.

Canada’s cross-country ski athletes will have equal opportunity to compete in two regional races in either Eastern or Western Canada in December prior to heading west following the holiday break for the Olympic and FIS Nordic Junior/U23 World Ski Championships trials.

The FIS Canada Cup Series will provide the country’s high-performance nordic athletes the opportunity to earn FIS points without leaving their region by competing in two regional race series opportunities in Eastern and Western Canada. The FIS sanctioning of an event only affects the elite Open category. All other race categories will be run as Provincial Cups. U20 athletes racing in their respective East-West FIS Canada Cup Series will have the opportunity to qualify for a Nordiq Canada development trip to US SuperTour Period III. Selection criteria will be outlined in the forthcoming NST Trip Selection Criteria.

“Our number one focus is to support all of Canada’s cross-country ski athletes in their continued development by providing safe training and competitive race opportunities close to home in an effort to improve our athlete pool in all corners of the country,” said Julie Beaulieu, sport development director, Nordiq Canada.

“The FIS Canada cup series not only provides high quality competition for the athletes who are preparing for nationals and trials, but also for our up-and-coming athletes who are still focused on regional racing and have their eyes set on future international podiums. The FIS Canada Cup series will help these athletes continue to grow and develop in the sport while minimizing costs in an effort to keep them developing further through the high-performance pipeline.”

The following are races scheduled in Eastern and Western for the FIS Canada Cup Series.

The action will heat up at the Canmore Nordic Centre when the nation’s best square off for the first time since 2020 at the 2022 Olympic and Junior/U23 World Championship Ski Trials, January 6-11. Coveted spots will be up for grabs to determine Canada’s final spots on the 2022 Olympic Team and the premiere event on the international race calendar for the next generation of Nordic stars.

The best cross-country skiers at all levels across Canada will reunite once again at Whistler Olympic Park in the Callaghan Valley for the Canadian Ski Championships, March 20-27, to wrap up the 2022 competitive season.

More than 700 senior, junior and Para-Nordic skiers will compete for national crowns in sprints, distance races and team sprints on the trails at Whistler Olympic Park, which were homologated to meet international standards to host the 2010 Olympic and Paralympic Winter Games.

“We are super excited to be the host Organizing Committee for the 2022 national championships which will see the best skiers in Canada back at Whistler Olympic Park,” said Norm Laube, Chair, Black Tusk Nordic Events Society. “Our officials and volunteers are working hard with Whistler Sport Legacies to be prepared to showcase the Olympic legacy venue.”

For the first time ever, Nordiq Canada will conduct a joint 42-kilometre ‘Marathon’ event at the Canadian Ski Championships that will replace the long held traditional 30- and 50-kilometre distance races for women and men respectively. Canada’s junior athletes will compete in a joint half marathon event. The Canadian Ski Championships, will also play host to the US Super Tour Finals. The Trials along with Nationals will not be part of the FIS Canada Cup Regional Race Series.

The Canadian Cross-Country Ski Championships have been contested twice at Whistler Olympic Park (2013 and 2008).  A World Cup test event was also held in 2009 as part of final preparations to host the 2010 Olympic and Paralympic Games.

The 94th running of the Canadian Cross-Country Ski Championships will serve as a dry run for Laube and his team at the Black Tusk Nordic Events Society as they ready themselves to host the 2023 Nordic Junior/U23 World Ski Championships. Last fall, the International Ski Federation (FIS) declared the next generation of Nordic stars – in cross-country skiing, ski jumping and Nordic combined – will be striding and soaring into Canada’s west coast for the first time since the 2010 Olympic and Paralympic Winter Games.