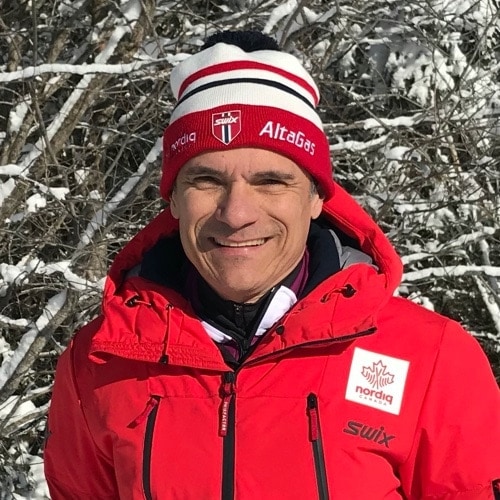 It’s a trait that commonly heads the list when searching for the consummate leader.

In that, Stéphane Barrette decidedly fits the bill.

But it is a passion that he will admit wasn’t innate but has grown exponentially through the years.

“I think a reference that comes to mind, whether they’re scientists or researchers or athletes or whatever, they reflect back on how influential key individuals have been in their life and sometimes they can be school teachers as far as from primary school,” explained Barrette, who was recently named to the position of Nordiq Canada’s chief executive officer. “We can say the same for me, despite not having started so early in skiing. I would ski from time to time with my parents, but it wasn’t a sport that we were practising every week. That came later, I’d say around 17 years old.

“A coincidence of meeting some people who knew more about cross- country skiing, who were better equipped, showed me different aspects of the sport and I really latched on to it and basically developed the passion over time. It’s not like getting a shot in the arm and all of a sudden you’re passionate about it. That’s why I’ve been involved in different capacities for 35 years now, starting off as an athlete, as a coach, and as an administrator.”

Barrette, who turns 54 next month, has been a good soldier with Nordiq Canada for the past 15 years. In fact, he was the interim CEO for five months while the search took place. But, as often happens, the best choice is right under one’s nose.

“I think it is a reflection of the trust and the respect from the community,” the Montreal-born Barrette said of the appointment. “It means a lot to me, being what you can qualify as an internal candidate. I know I was compared with a number of candidates outside the organization and outside our community. That the Board recognized that I did some good work and that they trusted what I did is much appreciated.” 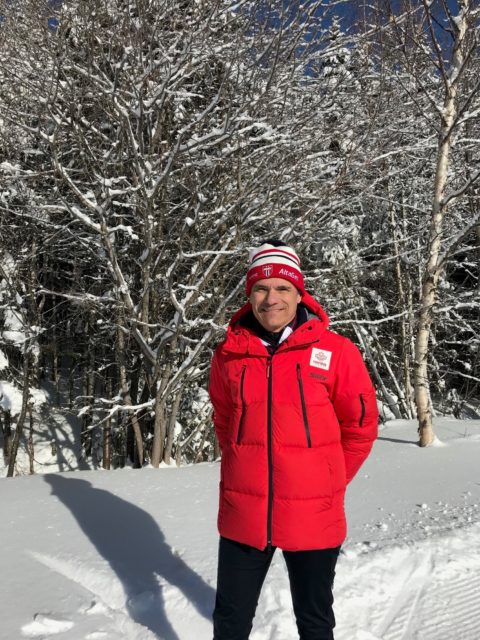 Barrette has been the director of Nordiq Canada’s Coaching and Athlete Development program since 2014. He was also, for eight years, assistant director of high performance. With that glowing resume’ in mind, Jennifer Tomlinson, chair of the Nordiq Canada Board explained why Barrette was the perfect choice.

“The other piece that he has frankly above many others is because of that experience with coach and athlete development, his connections in our community are deep, deep and broad. It covers the whole country. He’s worked with all of the Divisions, most of the coaches, and therefore his ability to connect into the depths of our community is again quite high.

“The third piece I would say is that he gets stuff done because of his connections, because of his knowledge. That’s something he brings into the role.”

Having been around the organization as long as he has, Barrette has a clear understanding of what being its leader entails.

“A combination of being a good communicator but also with a great dose of humility,” he pointed out. “I think it’s particularly important to remember that you don’t have to defend actions or decisions that were not the best ones. I think part of being a great leader is also having the ability to recognize when we’re making mistakes, that we’re all human. What matters is learning from your mistakes and moving on and hopefully not repeating them.

“Leadership, communication, humility and working with people, the community in collaboration. To me, those are the key things to make this endeavour successful in going forward.”

“He can pick up the phone and call the person who knows X or Y or A,” said Tomlinson, “because he knows who that is. When Stephane calls you, you know you’re going to have a good conversation.”

Barrette was a national team member in the early 1990s, as well as coach at various levels provincially. He’s acutely aware of what it takes to reach the elite plateau and that it works in tandem with lower organizational levels, along the lines of the Nordiq Canada dual missions of ‘all Canadians on skis and more Canadians on podiums’. Both those factors are meshed into his goals for the organization.

“For example, as we are able to develop more world-class skiers, to leverage that from a marketing and promotional emulation perspective to cumulate more people of all ages and all origins to ski; in turn if we can grow participation in general and see more people joining clubs and programs and some of them getting into competitive programs, then obviously that’s also really important to grow our talent pool from which you can expect some will be world-class skiers.

“The two are really complementary and that’s what we want to promote. It’s a very overarching goal and then there are a number of sub-goals to help achieve this.”

Attempting to helm a ship as vast as Canada’s cross-country skiing community is one challenge. Doing it during these times of pandemic adds just one more wrinkle to the test.

Barrette knows priorities can vary from one end of the country to another and getting everyone under the same umbrella is a task he welcomes.

“That’s perfectly normal,” he said. “What matters, given that we have the dual mandate of participation and excellence, is trying to find in there a balance that will satisfy pretty much everyone, given what their priorities are.

“Now in terms of communication and the era we are in, and more than ever given this pandemic situation, we’re taking full advantage of all the tools. We have to stay connected, doing a lot of Zoom meetings these days. It’s useful. It’s not like face-to-face contact, but in lieu of that, for the time being, it’s still manageable and we’re looking forward to the days when we can start being together.