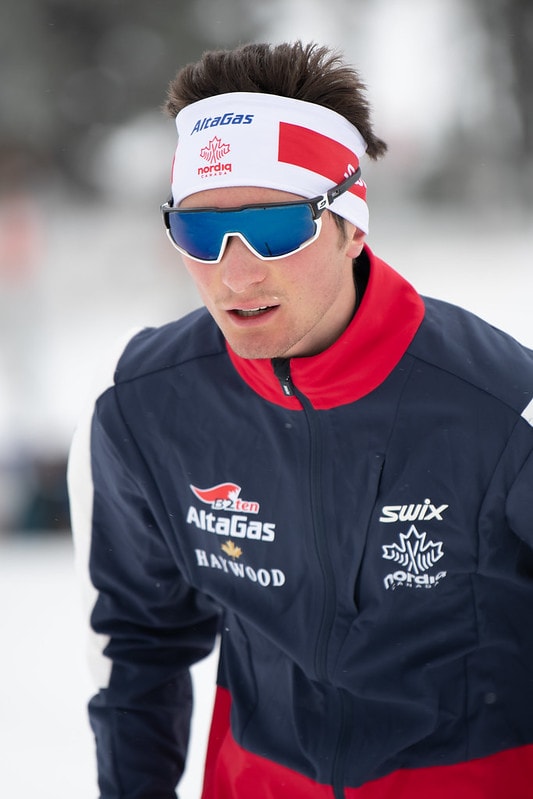 OBERWIESENTHAL, Ger.—A trio of British Columbia teens skied into the spotlight as the lone Canadians to qualify for the head-to-head heats on the opening day of the 2020 FIS Nordic Junior World Championships in Oberwiesenthal, Germany on Saturday.

Elisabeth Elliott (Revelstoke, B.C.), Benita Peiffer (Whistler, B.C.) and Remi Drolet (Rossland, B.C.) all cracked the top-30 in the skate-ski sprint races. Elliott and Peiffer skied to 23rd and 25th respectively in the junior women’s race, while Drolet was 23rd in the men’s event.

“Getting three out of eight athletes into the heats is a good showing. You always hope to get one moving a bit further past the opening round, but it is a good start,” said Erik Braten, head coach, National Ski Team. “Last year we didn’t qualify any of the girls for the heats so to get two in there today shows the big step we are taking.”

Competing in their first Junior World Championships, Elliott and Peiffer punched their tickets for the head-to-head heats with the top 30 skiers in the qualifying round after clocked the 27th and 30th-fastest times respectively.

The day came to an end for the 19-year-old Canucks after they both finished fifth in their opening round. Only the top-two skiers in each heat, along with the next two fastest times overall, advance to the next round.

Elliott faced some tough luck when she got tangled up with a German athlete who crashed in front of her on the first corner, and was never able to get back onto the lead pack of four. Peiffer fought hard throughout her quarter-final dash on the tricky track. In the mix the entire way, Peiffer couldn’t find the extra kick needed down the finishing stretch to advance to the next round.

In the men’s race, 19-year-old Remi Drolet who is making his second-straight trip to the premier international junior cross-country ski race, was the lone Canuck to qualify for the head-to-head heats on the challenging 1.3-kilometre track.

The Harvard University student scrapped it out with the best young Nordic skiers on the planet in this quarter-final round. Jockeying between the fourth and fifth spot, Drolet didn’t have the last punch needed to fight for a spot in the semifinals, and crossed the line in fifth. Drolet improved two spots from last year’s 25th place sprint finish.

“I know Remi was hoping for a little more, but his best race is yet to come,” added Braten. “We can definitely build off this for the rest of the World Championships. These results show the athletes have their form. It is a high level of racing here and I think they all did a really good job.”

Norway’s Ansgar Evensen captured the first men’s World Championship crown of 2020 after leading the pack across the finish line. Switzerland’s Valerio Grond was second, while Germany’s Maxim Cervinka locked up the bronze medal.

The Under-23 World Championships take centre stage on Sunday with a skate-ski sprint race.