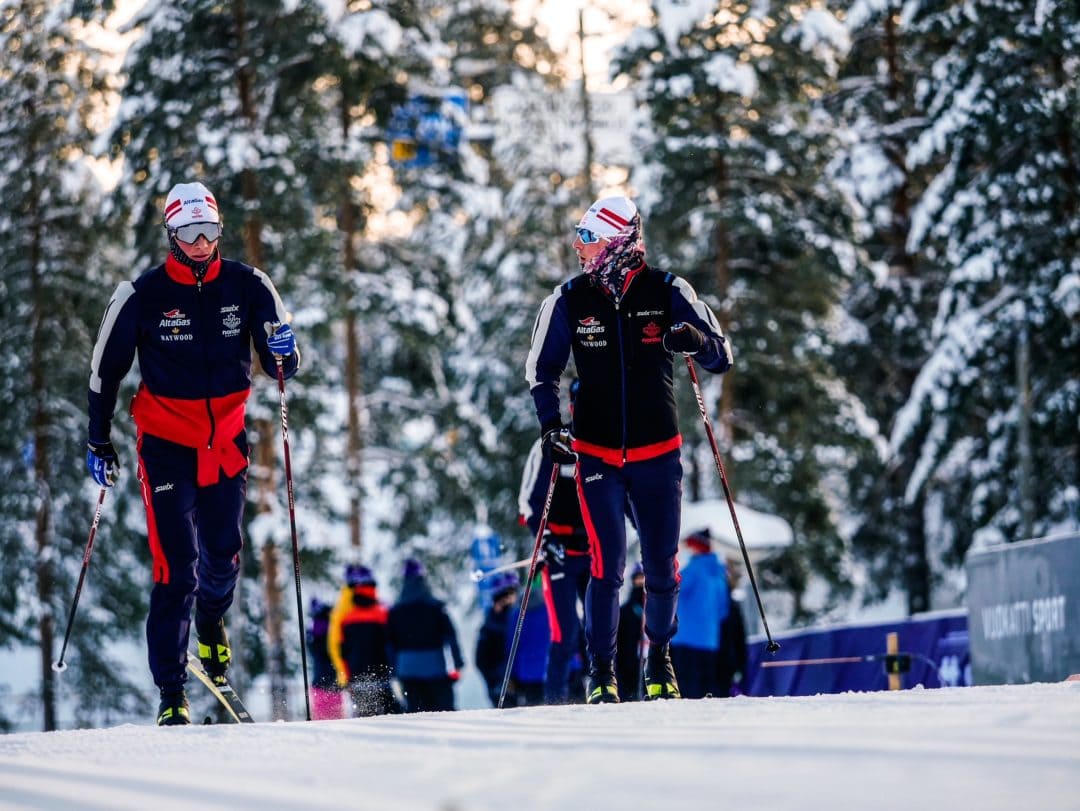 VUOKATTI, Fin.— It was a bittersweet day for Team Canada at the Under-23 Nordic World Ski Championships in Vuokatti, Finland. Five Canadian athletes qualified for the head-to-head heats in the classic-ski sprint race, but none of them were able to advance beyond the opening round.

Antoine Cyr, of Gatineau, Que., led an unprecedented pack of five Canadians that included all four of the men into the round of 30 for the heats where he qualified in 15th spot. Vancouver’s Annika Richardson was the lone Canadian woman to get a shot in the heats.

“As a team, it was impressive with five out of the eight athletes qualifying in the prologue,” said Erik Braaten, head coach, Canadian Cross-Country Ski Team. “But I think when you have five people in the heats, you are just hoping for a little more. I know many in this group were aiming high today as they should and are little bit ticked, they weren’t able to move through.”

The heats consist of six athletes racing head-to-head. The top-two athletes in each heat, along with the next two fastest times overall, advance to the next round. Following a combination of bad luck and tactical decisions in the opening round of the action-packed racing up and down the hills of the 1.4-kilometre track in Finland, each of the Canadians were forced to the sidelines after finishing fourth through sixth in their respective groupings.

Matched up on the start line alongside teammate, Graham Ritchie of Parry Sound, Ont., Ottawa’s Pierre Grall-Johnson was the top Canadian finisher in 17th spot after crossing the line in fourth position. Ritchie, who competed in the heats for the first time ever on the World Cup last weekend, was at the back of their pack putting him in 29th overall. Antoine Cyr was 21st, while the youngest Canuck at 20 years old – Remi Drolet of Rossland, B.C. – finished 28th in his first start at the U23 level.

“It was great to see all four of the guys make it to the heats,” added Braaten. “All of the guys were relatively similar in how they finished. They had the mindset they were going to make it through. They showed their fitness today but may have lacked experienced at this level. It is a different beast (skiing internationally) when you have five top athletes around you, and everyone is fast.

“The knowledge needed to take that next step will come with every start they get in a heat. You learn through every experience in the heats, and eventually comes this piece of you that just knows what to do and how to react in a split second.”

Annika Richardson will head into the distance races with a smile on her face. The lone Canadian woman to qualify for the heats finished in 24th spot overall.

“That was a strong day for Annika. Sprinting is not her distance on paper, but it was a solid performance by her to be able to qualify. This will be good momentum she can use for the rest of the week,” added Braaten.

Friday will be a long day at the Nordic World Ski Championships with both the top juniors and U23 division hitting the start line for the middle-distance skate-ski races.