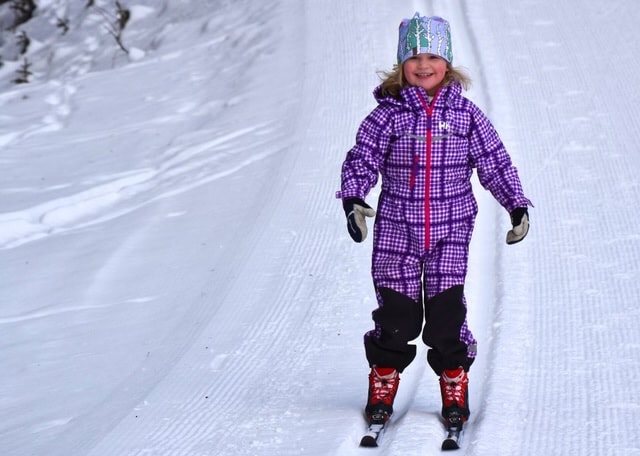 Herman Smith-Johannsen probably never imagined that one day his nickname, Jackrabbit, would inspire thousands of Canadian kids in the sport of cross-country skiing.

The Jackrabbit program, run in countless ski clubs across the nation, has its origins in Manitoba, where in the early 1970s the then newly-formed Cross Country Ski Association of Manitoba

realized it was missing a youth development component.

In 1976, the CCSAM held its first junior ski program; 10 children between the ages of 10 and 12 took part, with the original concept being to have fun. No competition, just instruction and games.

Fittingly, it was named after Smith-Johannsen, the transplanted Norwegian who was a pioneer of the sport in Canada and who lived, remarkably, to the age of 111.

The Jackrabbit program went national in the early 1980s, sponsored at the time by Air Canada, and it continues to flourish today.

“It’s a great introduction to the sport,” pointed out Karin McSherry, executive director of the CCSAM, who noted that an average of 300-400 kids take part in her province each year.

The program is particularly successful in the cross-country hotbed of B.C., where roughly a record 2,500 children are enrolled in a combination of Bunnyrabbits, Jackrabbits and Track Attacks aged 4-12.

“The program is in every corner of the province,” explained Cross Country B.C. executive director Wannes Luppens. “Many clubs have been using the program for decades and at the same time some new clubs have just started the program in the last year or so which is exciting.”

The association has a special partnership with Kal-Tire, which was started in Vernon and has been the program sponsor for the past few years.

“Our sport is inherently family-oriented and it’s for all ages,” Luppens noted. “They want their kids in the program. Also what we’re seeing is it’s a multi-generational thing. The Jackrabbits of the ‘80s now have kids of their own and you know darn well they’re going to be picking cross-country skiing first.

“It’s outdoor, accessible, fairly inexpensive. All of those benefits are only magnified right now. All team sport in B.C. right now, indoors and outdoors, has had serious restrictions. So for programs to continue they have to be three metres apart and in our sport, that’s no big deal.”

Certainly, the Covid-19 pandemic has pushed individuals outdoors and the ski trails have been the beneficiaries. 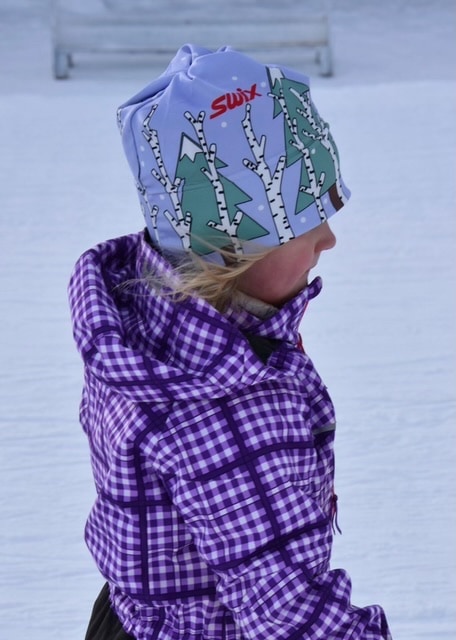 “I would say the program is crucial for the young kids,” said Maria Lundgren, an assistant B.C. provincial coach based in Whistler, who has two youngsters in the program. “That’s when they have fun with their friends and learn the skills. Growing up in Sweden, we say as soon as the kids can walk, they ski.

“The coaches that work with that program are superheroes. That is the toughest job. When I was on maternity leave, I coached the four- and five-year-old’s for the season and that’s my toughest job yet!”

The whole point of Jackrabbits is so basic when it comes to dealing with pre-schoolers and elementary-aged youngsters.

“Having fun is number one,” said Lundgren. “If the kids have fun, they want to come back. The coaches have to be very organized; they have to be very patient. They have to be good with backup plans. If the coach is good, he or she will set up games that will teach kids without them even knowing it.

“I’ve been in Canada for 14 years and I would say the interest we’ve seen this year in Whistler is huge. It’s very cool that people are seeing this sport as an option.”

At the other end of the country, they’re experiencing the same thing.

Claudette Goguen Kavanaugh, the executive director of Cross Country Ski New Brunswick, says there has been a surge in the program.

“Our biggest club, Wostawea in Fredericton, hit an all-time high last year,” Kavanaugh said of registrations. “This year, with COVID, parents are looking for outdoor sports. When (the club) opened registration, they had maxed it at 140 and within 24 hours it was full. So there were a lot of new kids registered and they had to figure out how to not lose the kids from the previous years.

“This summer I was working on statistics,” she continued, “and some clubs are very cyclical. Fredericton has been consistently increasing their numbers. If you get the coaches that are excited and getting the parents involved, and if they do it as a family activity, it reinforces the pleasure of the activity. This is where all of the competitive kids come from.

“You live in Canada, so you have to find something fun to do in the winter.” 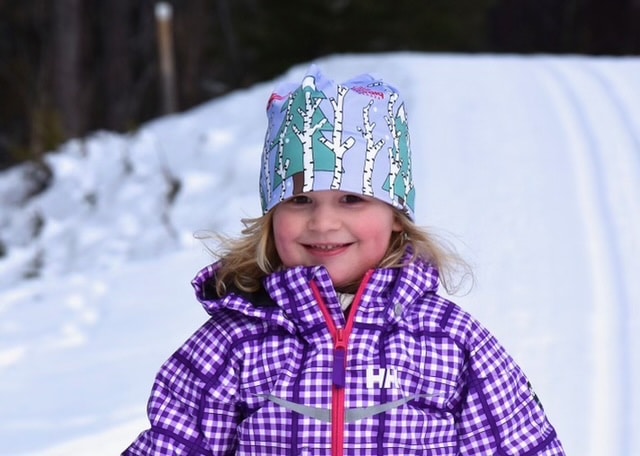 As a way to get kids even more engaged and passionate about the sport, Nordiq Canada held a design contest, with the winner to have his or her artistic creation on toques to be worn by 10,500 Jackrabbits and Bunnyrabbits in 2021. That winner is Nicholas Driver of Ottawa, who is a member of the Kanata Nordic Club.

The winning design features tall trees under a darkening ski.

“Well, whenever I thought of skiing I would usually think of night time,” Nicholas, who just turned 10, explained. “I was always good at drawing the sunset and I always liked to picture skiing at night so that gave me an idea what I was going to draw. It took a while for me to think of that and my mom helped me come up with the idea. Maybe trees and pine trees and that stuff.”

The Drivers are eagerly awaiting their toques.

“We’re delighted,” said dad Brian Driver, who has had two boys in the Jackrabbit program. “We liked that these ski lessons always have the kids moving. The instructors did loops and laps around the park area and would give them constant instruction. Because there was so much happening, it was exhilarating for them to learn all these new skills and be out in the snow all the time. Immediately, Nicholas took to it.

“We saw the toque design competition came up and it was his age group. Nicholas is into art and I just happened to mention to him there was the competition. He got very excited and got down to work.”

“It was very exciting,” agreed Nicholas, “because that was the second or third thing I’ve ever won.”

It is that enthusiasm for the sport of cross-country skiing, among young Canadians, that Herman Smith-Johannsen would be so pleased to witness today.

His passion lives on today, and is clearly embodied by those kids we call, Jackrabbits.