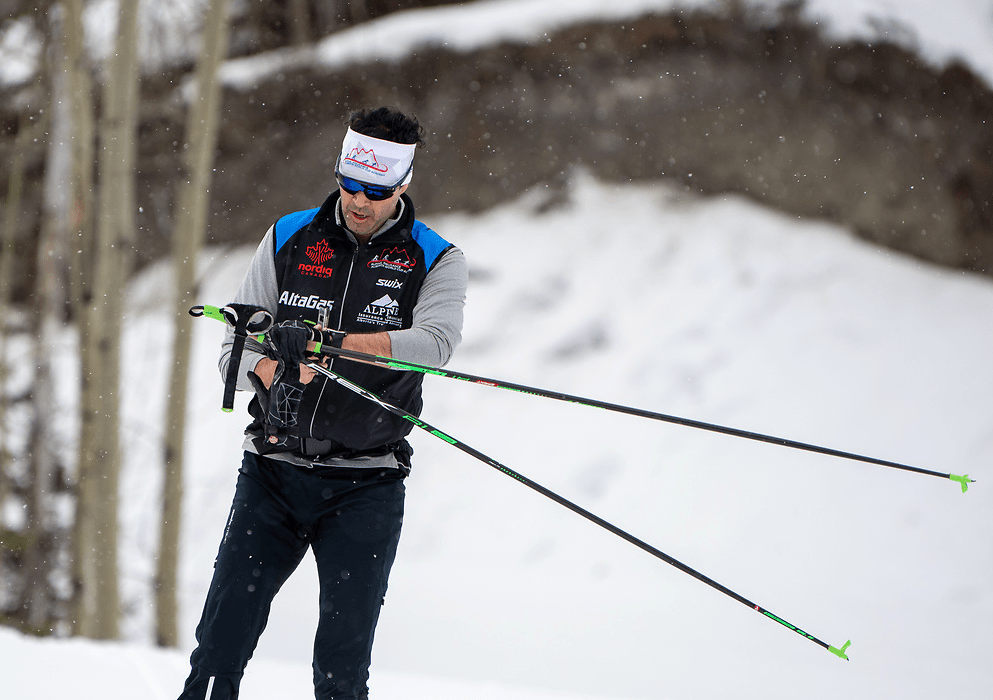 CANMORE, Alta.—As Canada’s cross-country ski athletes ready themselves for the critical Olympic and Paralympic season, Nordiq Canada has turned to Chris Jeffries to lead the rebuild of the organization’s high-performance program by naming the 2006 Olympian as its new High-Performance Director.

Jeffries brings more than two decades of experience with him to the national program as both an athlete and a coach working at all levels in the athlete pathway. Originally from Chelsea, Que., Jeffries will now be counted on to get Canada’s cross-country skiers back on the Olympic podium.

“I have been in Canada’s cross-country ski community for a long time, and I am excited to have the opportunity to work with many of the great high-performance professionals currently in the organization,” said Jeffries. “I have personally witnessed tremendous growth in the culture at Nordiq Canada, and I’m excited to work with this passionate team to develop a high-performance program that is focused on delivering medal performances at the 2026 Olympic Winter Games and beyond. To do this, we will need to make the proper investment in our athletes and coaches, and gain the trust of the country through collaboration, transparency and focused communication.”

Nordiq Canada welcomed Jeffries to his new leadership position on the heels of the organization strengthening its performance pathway this Fall by adding Julie Beaulieu as the Sport Development Director, Eric de Nys as NextGen Coach, and Matt Smider as the organization’s first ever Development Coach.

“Chris is a critical piece to our overall high-performance leadership team who will be counted on to work closely together to build a program that is focused on delivering results,” said Stéphane Barrette, Chief Executive Officer, Nordiq Canada. “Chris is a relationship builder who leads with strong principles of collaboration, communication, education, ongoing learning and empowerment which completely aligns with the culture that we want to continue to promote and live every day at Nordiq Canada. We have ambitious long-term goals for our high-performance program and are very excited to start working with Chris in getting the nation’s cross-country skiers back onto the international podium.”

Jeffries has played a key role in developing Canada’s next generation of cross-country ski athletes over the last decade while working with the Alberta World Cup Academy. In his role as High Performance Program Director, he has been responsible for the overall program management of the Academy including: strategy; budgeting and leading all athlete planning and programming. Currently leading the daily training environment for five of Canada’s National Ski Team athletes in Canmore, Alta., Jeffries has also led, and been a key member of the support staff, for many National Team international training camps and competitions including: World Ski Championships; World Junior/U23 Championships; and World Cup B Tour events.

“The Alberta World Cup Academy will miss Chris and his leadership, but he is leaving our program at the top of its game. Over the past decade, Chris has built one of the most successful training centres in the country,” said Greg Manktelow, Chair, Alberta World Cup Academy. “Aside from the current group of NST athletes and other elite skiers in our Canmore program, we have a very talented and hard-working group of student athletes in our Calgary program.  Chris had the vision and determination to bring this program to life and is leaving a legacy for future skiers who want to pursue their academic goals while developing into elite level ski racers.  We are confident that Chris will bring this vision and determination to Nordiq Canada in his role as High Performance Director. This is the perfect next step for him, and we look forward to working with him in his new role.”

Jeffries’ intimate knowledge of the high-performance system, divisions and club systems in Canada runs deep. After retiring from competitive skiing where represented Canada at the 2006 Olympic Winter Games and two World Championships (2005, 2003), Jeffries began his coaching career with Foothills Nordic Ski Club where he managed all athlete planning, coached and managed the track attack and learn-to-train programs. In an effort to spark participation at the grassroots level, he also co-created, planned and executed the first Ski at School program that evolved into Nordiq Canada’s national AltaGas Ski at School initiative.

Working with a newly structured high-performance team of administrators, coaches, athletes, officials and technicians at Nordiq Canada, Jeffries will develop a coach-driven, athlete-focused program in Canada that is accountable, reliable and dependable with a clear focus towards creating a medal-winning program at all levels of the development pathway while re-establishing the nation as a podium contender in the sport at the elite level by 2026 and beyond.

In an effort to minimize distraction to Canada’s cross-country ski athletes in their final preparation for Beijing 2022, Jeffries will split his time at Nordiq Canada while continuing to work in his

current role at the Alberta World Cup Academy until March 31 when he will assume full-time High-Performance Director responsibilities. Jeffries’ focus over the next five months will be on working with the staff, and Nordiq Canada’s sport partners, to begin developing a long-term performance plan while also starting to engage with the community.