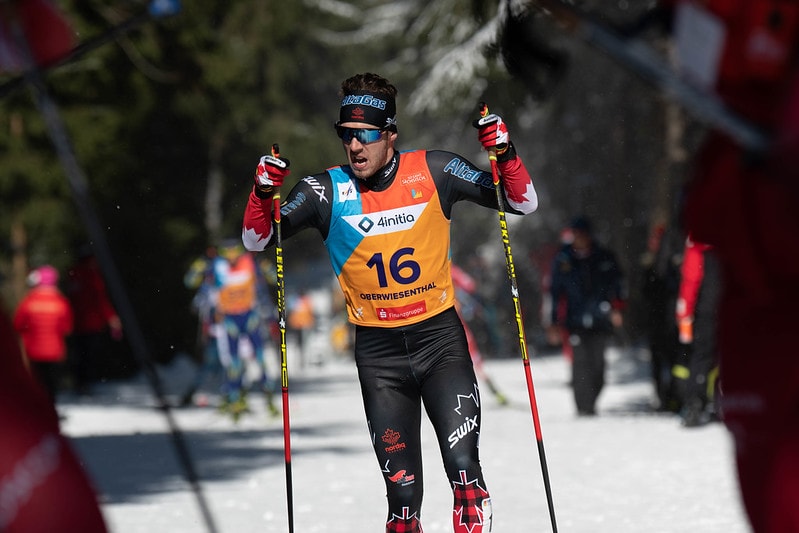 OBERWIESENTHAL, Ger.—Philippe Boucher grinded out a 12th-place finish in the under-23 men’s 30-kilometre cross-country skate-ski race at World Championships in Oberwiesenthal, Germany on Thursday.

Make no mistake about it. After completing the first two of six laps in the Nordic marathon, the 22-year-old from Levis, Que. thought it was going to be a long day. But the hard-nosed Canuck found his legs for the final four laps and catapulted up the leaderboard into 12th spot with a time of 1:15:57.2.

“That was hard, but amazing,” laughed Boucher. “I got dropped from the lead group in the first 10 kilometres and had no legs.”

Racing in a small pack that formed as the second chase group, Boucher took advantage of his perfect preparation to close the gap on the main chase group. Competing in his fifth World Championships, Boucher moved from outside the top-20 into the top-10 while working his way through the punishing course.

“I just started feeling better and better as the race went on and was able to increase the pace. My training was made for this race distance,” added Boucher. “The leaders attacked on the final lap and I couldn’t follow them. I stayed in the middle of the first group and ended up in 12th.”

The Swedes swept the women’s podium. Ebba Andersson was crowned the queen of the women’s distance races after clocking a time of 35:44.4. Moa Lundgren was well back in second at 36:21.5, while Emma Ribom placed third at 36:29.6.

The relay races on Friday and Saturday will cap off the 2020 FIS Nordic Junior and Under 23 World Ski Championships.

Nordiq Canada is the governing body of para-nordic and cross-country skiing in Canada, which is the nation’s optimal sport and recreational activity with more than one million Canadians participating annually. Its 60,000 members include athletes, coaches, officials and skiers of all ages and abilities. With the support of its valued corporate partners – Haywood Securities Inc., AltaGas, Swix and Lanctôt Sports– along with the Government of Canada, Canadian Olympic Committee, Canadian Paralympic Committee, Own the Podium and B2Ten, Nordiq Canada develops Olympic, Paralympic and world champions. For more information on Nordiq Canada, please visit us at https://nordiqcanada.ca