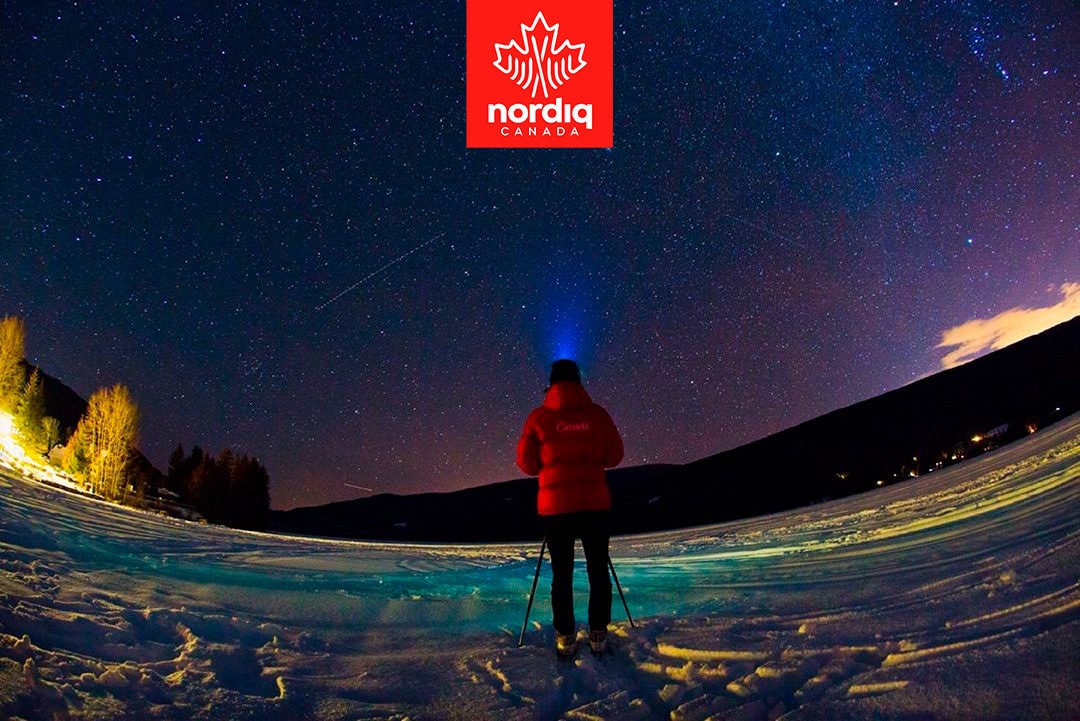 We are Nordiq Canada

The image is undeniably arresting: A solitary cross-country skier outfitted in a red parka, back to the camera, staring off into a star-laden elliptical panorama winter sky.

You can almost hear the familiar crunch of snow, feel that exhilarating bite of cold hanging in the night-time air.

The mandate underneath is clear and concise:
New Direction. New Brand.
We Are Nordiq Canada.

The re-branding of the organization that represents cross-country skiing in its many guises across this land contains more, much more, than a refreshed look, a catchy new slogan, a re-designed web page.

But the purpose behind it, driving it, delves far deeper. Down to the fabric, back to the basics.

“I had such an unique upbringing, growing up in a back-country lodge that was only accessible by skis,’’ reminisces Sara Renner, memorably partnering with Beckie Scott to win 2006 Olympic silver in the team sprint race at Turin, Italy, and, in retirement, now a part of the re-branding initiative.

“So, to me, they were a basic element of transportation.

“I got involved for the pure joy of skiing. Also for exposure to high-level sport. The ’88 Olympics in Calgary were a real eye-opener for me in that they showed what you can actually do in sport – take you to these great places, help pry every ounce of focus, concentration, sweat, blood and tears out of yourself.

How do you get people to take that plunge?

“I do believe a lot of it has to do with the growth of a community, a culture, of nordic skiing.”

The impetus for change in organizational direction – to a dual mission of high-performance skiing as the lifelong sport for all Canadians – began to take shape following the 2014 Olympic and Paralympic Games in Sochi, Russia.

“Over the next couple years the Board did more forward looking, and, with our provincial and territorial partners, we put in place some new long-term goals,’’ explains Jen Tomlinson, chair of Nordiq Canada. “And those aims were much more broad-based.

“Yes, one of those goals is international excellence but we also talked about community coming together, marketing the sport and the activity of cross-country skiing for all Canadians. Getting more people on skis.

“We talked about international profile and financial sustainability.

“In 2006, we adopted five very high-level goals, with, of course, a whole bunch of details underneath, we’re starting to see a different direction and a broader-based focus.

“Then we realized we had to get the message out, tell people that we did have a different story. Along with that initiative, our high-performance program was changing. We now had a longer pipeline. We had gaps. So we needed to re-focus and think about how to create a sustainable system.”

A survey of 870 athletes, board members, staff, parents, volunteers, coaches and officials all gave input on the state of the sport in Canada provided the final push.

That,” says Tomlinson, who enjoys coaching Grades 8, 9 and 10 U-14 skiers, “really hit home, got us to say: ‘OK, we do need to change our overall positioning.’ Talking to many it resonated with me why people ski – to enjoy being out in the winter, to spend time with family, to socialize, to be fit.

“Based on that survey and my own anecdotal experience coaching, the input I got from those kids, I joined others who were already convinced it was time to have an image that reflected what our community wanted from us, and the position we had already expressed.”

Canada’s National Ski Team athletes, among the world’s finest, welcome the directional shift from above.

“The rebranding has provided a little more perspective. I think maybe the mission statement and values that the organization at first had been … not necessarily mis-translated but were starting to lose their initial value.

“This re-branding allows us to sharpen things, to all get on the same footing and be more inclusive across the board.

“All sports struggle with where to put focus: Do you put it in high-performance? Or do you put it in the grassroots, which will give you the numbers and the performance side will take care of itself.

“We’re trying to find that balance.”

“I think we’re at a point where we need to focus more on the grassroots, rekindling some values and getting the numbers up. There are a number of really good people on the high-performance side that will keep driving that for a few years that can help allow us to do that.”

“It means a lot to us, the order of the key statements in the mission statement starts with getting All Canadians On Skis.’’ Cameron acknowledges. “That’s absolutely core to our mission.

“There are a lot of Nova Scotians who get excited about Canadians on World Cup podiums, of course. In terms of the work we do, though, they’re not really part of our daily reality even though we’ve produced some really good skiers.

“So seeing Nordiq Canada re-brand with including that in its focus is really encouraging.

“The Halifax Nordic Club, the club I belong to, has a partnership with a golf course, which is our main venue for skiing. This means we now have expanded snow-making operations, we’ve put lights around the snow-making gear. It’s a four-season facility. They’ve also got a mountain-bike trails course. I was there with my daughter the other day mountain biking and there were some four-year-old boys ripping around on their bikes, enjoying being outside, having a fantastic time.

“These are the kids we have to get into skiing; we should be recruiting.

“And who knows? They might be on an Olympic or World Cup podium in 20 years.”

Tomlinson adds the organization is in this for the long run.

“Two years ago, we established a 10-year timeline,’’ she explains. “The level of change we’re trying to achieve will take that long a period of concentrated effort, of executing certain things now so that we reap the benefits in eight years, by 2026.

“Culture-change takes a while. But our staff are starting to see the benefits already. That gives me hope the team in place is the team that can achieve the 2026 goals.

“That’s the part that creates the Art of the Possible.”

In a dizzying world of information from all sides, Nordiq Canada has hired Taiji Brand Group to help promote the long-term initiative.

“Ultimately,’’ says Renner, “when you change the culture of sport at the grassroots level you wind up changing the high-performance level in the end. If you do it right.

“The gift of high-performance sport is that it creates exceptional off-the-couch athletes for life. Sport is such a good backbone of mental, physical and community health.

“Sometimes it’s hard to think that an image or a message, a slogan, a web site or whatever is actually going to grow a sport. But I think this process has been important because it’s asked the questions: Who are we? And what do we want to be? What is important to our community?

“I think that was missing.

“This is the first step in saying: This is who we are as a nordic nation. And we’re proud of who we are.”