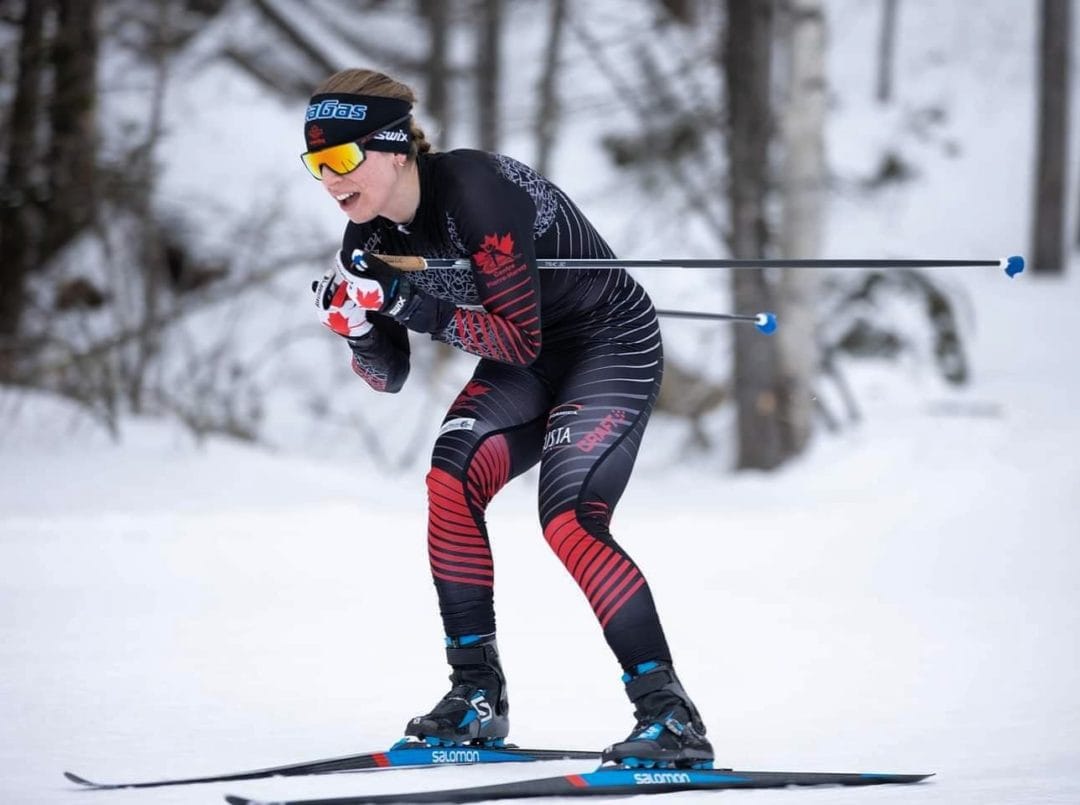 OBERSTDORF, Ger.—Canada’s cross-country ski team is hungry for more despite three athletes skiing into the elite group of 30 for the first time in nearly a decade at the FIS World Nordic Ski Championships skiathlon race on Saturday in Oberstdorf, Germany.

Feeding off a string of top-30 finishes on the World Cup this season, Cendrine Browne (Saint-Jérôme, Que.) led the charge for the young Canucks determined to make their mark on the world stage by finishing 23rd. Katherine Stewart-Jones (Chelsea, Que.) battled to 28th place in the women’s race. Competing in his first senior World Championships this week, Antoine Cyr (Gatineau, Que.) was 27th in the men’s skiathlon race.

The 27-year-old Browne remained steady in her four loops around the 3.75-kilometre course to match her career-best finish in 23rd, and secure her second top-30 finish at the World Championships with a time of 41:51.4.

“Today was one of the hardest courses I’ve ever done. No flats, only up hills and twisty downhills,” said Browne, who was 26th in a 30-kilometre skate-ski race at the 2017 World Championships in Lahti, Finland. “I’m really happy and proud that I was able to hold on in the classic part, and be in good position to start the skate.”

Battling through the warm conditions, Browne remained focused while following her race strategy throughout each stride around the challenging German track.

“The plan today was to hold on in the classic and then catch-up time in the skate. Unfortunately, I was only able to maintain the speed I had, but I’m still very happy,” added Browne. “I had a pack to ski with during the whole race which helped me push myself even more.”

The 2018 Olympian has also skied into the top-30 six times on the World Cup in her career. She has two previous top-30 results in only a handful of starts this season since the team rejoined the World Cup circuit in January.

Browne’s teammate, Katherine Stewart-Jones continued her breakthrough season with another solid result of her own. The 25-year-old found her groove in the final 7.5-kilometres after the world’s best Nordic skiers clicked into skate-skis, and fought for a spot in the prestigious group of 30. Stewart-Jones found herself in 28th spot when she stopped the clock at 42:18.5.

“I had some bigger dreams for today, but I honestly gave it my all with what I had on the day,” said Stewart-Jones. “My start was a bit slow, and I didn’t feel super energetic on the classic, but I was able to find a better rhythm in the skate, especially on the second lap.”

Stewart-Jones and Browne have been feeding off each other’s results this year. Last month, the Canadian duo became the first Canadian women since 2014 to finish in the top-30 together on the World Cup.

“Having two of us in the top-30 (again today) is definitely a good start, but I know that we have more in the tank, and I’m looking forward to some more racing,” said Stewart-Jones.

The Canadians have a gap to close against the world’s best in their continued development. Norway’s Therese Johaug was first across the finish line on Saturday, dusting the field with a time of 38:35.5.

Sweden’s Frida Karlsson was the next best finisher 30 seconds back, edging out her teammate Ebba Andersson for the silver medal. Karlsson won the photo finish for second place at 39:05.5. Andersson settled for the bronze medal at 39:05.7.

Fresh off competing at the Under-23 World Nordic Ski Championships, Canada’s Antoine Cyr enjoyed a breakthrough day of his own while facing a whole new world with the fastest athletes on skinny skis in the men’s 30-kilometre skiathlon.

Lined up against many of his idols, the 22-year-old skied relaxed and composed throughout the four classic-ski laps which set him up for his first-ever top-30 finish at the elite level, placing 27th at 1:15:35.8.

Cyr was the second-fastest athlete under the age of 23 in the field.

“I had wicked skis and the team was just amazing today. The wax techs did an excellent job with the classic skis,” said Cyr. “I haven’t done much racing at the World Cup level and I don’t have a lot of mass start experience. Mass starts are chaos here in Europe. It is nothing like we race at Canada.

“I learned so much today. Just watching the Norwegians and following their lines was huge. I skied behind some of the best guys and imitated them today. Racing in Europe, the stars have to align with good skis to have a good day. Today was that day for me.”

Cyr skied in control while matching strides with the biggest names in the sport until the frontrunners of a long line in the lead pack put the hammer down on the third of four laps on the rolling terrain in the classic portion of the race and broke up the group. The young Canuck put the power down throughout the remaining 15-kilometres on skate skis and sprinted to the finish with a group of athletes fighting for spots from 22nd to 30th.

Cyr finished one spot outside the top-30 in the opening sprint event at the World Championships on Thursday.

“This is a huge confidence booster for me. I was close on sprint day, but just couldn’t make the heats. Now, being on the other side of the 30 was a big, big thing for me. I knew I could do it,” said Cyr.

Russia’s Alexander Bolshunov outlasted five Norwegians in a sprint finish to win with a time of 1:11:33.9. Simen Hegstad Krueger skied to the silver at 1:11:35.0, topping his countryman, Hans Christer Holund, who stopped the clock at 1:11:35.6 for the bronze medal.

The World Nordic Ski Championships continue on Sunday in Oberstdorf with the team sprints.