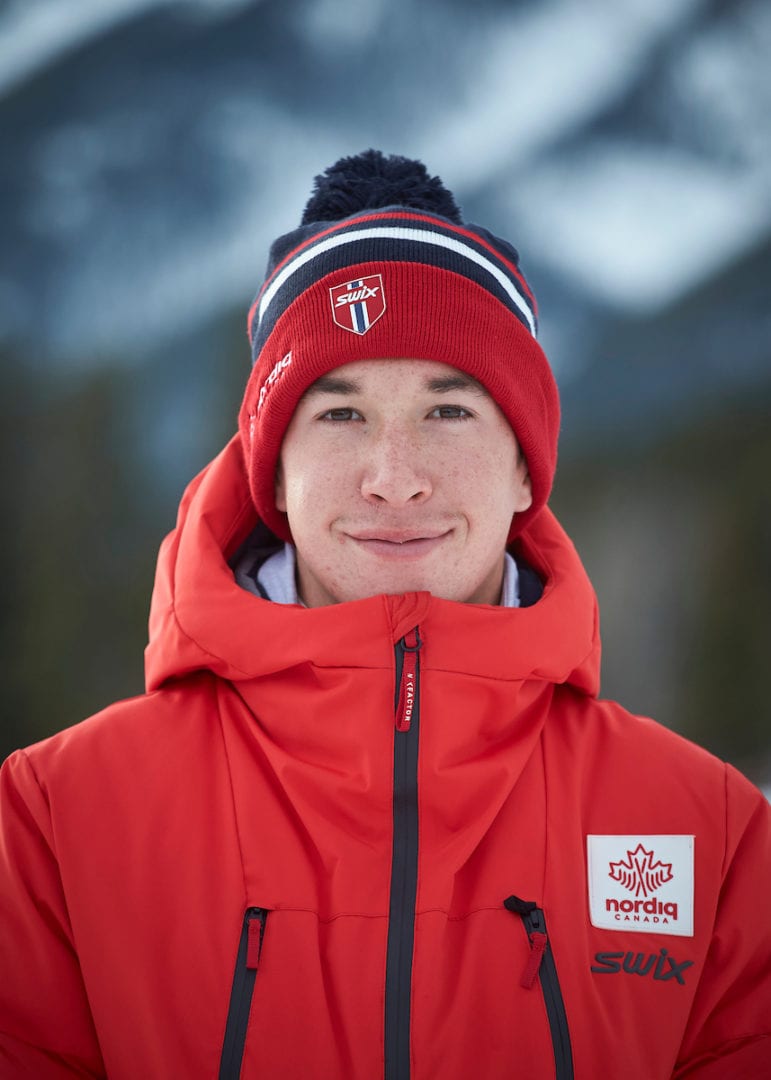 GAELLIVARE, Swe.—Canada’s Xavier McKeever won his second cross-country skiing gold medal in as many days at the Gaellivare Ski Festival in Sweden on Saturday.

Coming off his first European victory, the 18-year-old climbed to the top spot on the podium once again despite skiing on fumes. McKeever clocked a golden time of 38:03.0 in the junior men’s 15-kilometre individual start race.

“Honestly I just felt okay today. I was a little flat from the late start yesterday and was missing a bit of recovery but I’m definitely happy with the result,” said McKeever, who won the junior sprint race on Friday. “Overall, I skied well technically and tactically. I was just missing a bit of juice that I had yesterday. To know I can still win on an okay day actually gives me a lot of confidence.”

The hot prospect from Canmore, Alta. was cautious out of the gate of the individual start, but dug deep in his three rips around the 5-kilometre loop that features two long, gradual hills, and one punishing steep climb.

“It is a really hard course. There is not a lot of rest on it and even on the downhills you are always working your legs. The corners are so sharp, so you have to put so much pressure on the skis,” added McKeever, who was a member of Canada’s 2019 junior silver medal-winning relay team at the World Championships.

The son to Olympians Milaine Thériault and Robin McKeever managed to hold off a field of 40 of Sweden’s best junior skiers battling to defend their home turf.

David Lantto was the next best finisher 22.9 seconds back of the young Canuck at 38:25.9. Gabriell Soederqvist skied to the bronze medal with a time of 39:09.1.

McKeever, who is one of a pool of talented skiers exuding tremendous potential in the sport, has been stealing headlines throughout his development pathway. His golden performances have served notice he is ready to mix it up with the world’s best in his age group every time he hits the start line.

“One of the most important things for a skier is to have the full package. The goal is to be proficient in all race disciplines,” said McKeever. “I’ve been more of a distance skier in the past, but the last couple of years I’ve improved my sprinting. My strength is still distance ,but the goal is to be a good all-around skier.”

McKeever’s uncle Brian McKeever was also in Saturday’s race marking one of the first times the duo have competed in the same event internationally. Preparing for the Para World Cup season himself, the 17-time Paralympic medallist skied to 69th spot in a field of nearly 100 senior athletes with a time of 39:38.1.

“Xav is skiing at a really high level in these Northern European races. Winning in the junior category in Finland and Sweden is a good sign in itself, but nearly qualifying last weekend in the open men’s sprint field in Finlad was really impressive. That’s a field that included Olympic and World Championship medallists,” said Brian McKeever, who is a legend in the sport racing in both the Paralympic and Olympic streams over the last two decades who has also been helping his nephew out with ski selection while in Europe.  “His potential is very high as long has he keeps learning, stays motivated, and above all keeps having fun. These results are years of steady development and didn’t happen overnight, but the road is still long.”

McKeever’s Junior World Championship teammate, Remi Drolet, also suited up on Saturday and was the top Canuck in the senior men’s 15-kilometre classic-ski race. The 21-year-old from Rossland, B.C. battled to 17th spot with a time oof 36:59.4.

Drolet finished a minute off the podium pace set by a trio of veteran World Cup skiers. Sweden’s Leo Johansson skied to the gold with a time of 35:38.0. Switzerland’s Dario Cologna was second at 35:45.1, while Eric Rosjoe, also of Sweden, was clocked-in at 35:58.9 for the bronze medal.

The Canadian men will race one more time at the Gaellivare Ski Festival, using the event as final preparation for next weekend’s World Cup Opener in Rukka, Finland.